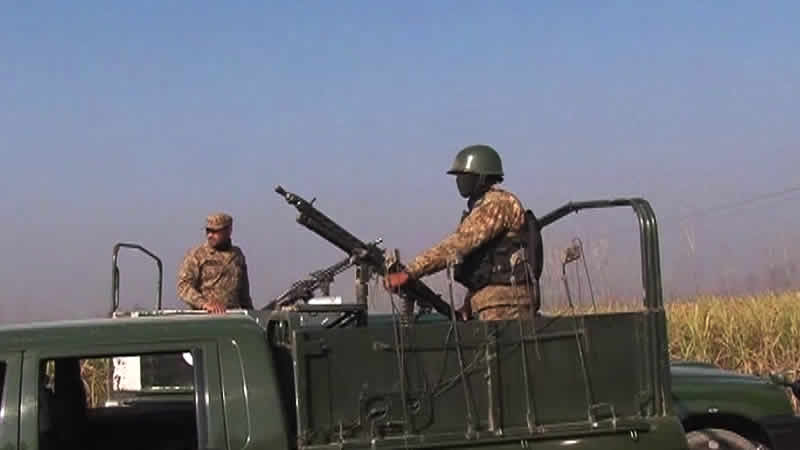 Unidentified gunmen have entered Bacha Khan University in Khyber Pakhtunkha’s Charsadda town and opened fire on students and faculty members as they gathered at the school for a poetry recital to commemorate the anniversary of the activist and leader whom the school is named after.

Mass casualties are feared in an attack reminiscent of the deadly December 2014 terrorist attack on the Army Public School in Peshawar which left over 140 dead — most of them students.

DIG Saeed Wazir says two attackers have been killed. Security personnel are still entering the school to control the situation. Wazir tells Reuters he believes most of the students had been rescued but several gunmen remained at large inside the university. The remaining terrorists are giving stiff resistance to security forces as they continue the clearance operation. Intelligence sources say eight to 10 terrorists are still inside the school.

The families of students have lined up outside the school. Journalists and all other non-essential personnel have been asked to stay back in order to not interfere with the ongoing security operation. Up to 20 ambulances have entered the university to rescue the injured. An Edhi volunteer says he has seen the bodies of at least 15 persons. At least three to four security guards are injured, an eye-witness who managed to come out of the premises said.

The Associated Press quotes police as saying gunmen killed a professor, student in the attack.According to one eyewitness who escaped the university, the attackers had taken position at the entry points of the school. “I saw three attackers engaged in an exchange of fire with security guards of the university. One was positioned at the gate, another near the corner and the third near the wall.” “We rescued the university’s guards and then i saw the attackers engage the arriving police party.” Attackers are believed to be on the second and third floors of the campus buildings