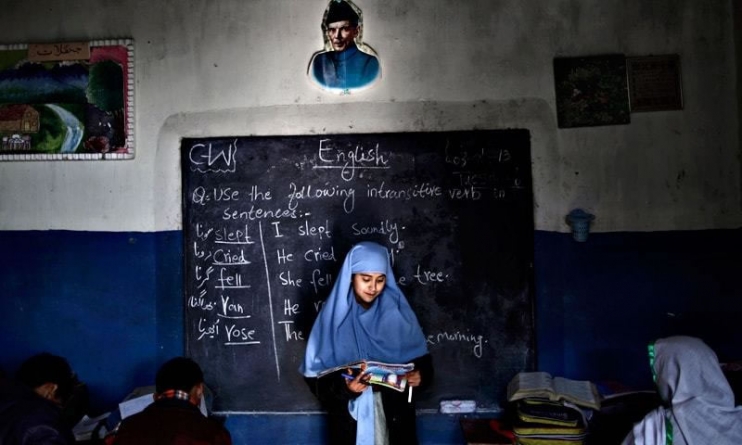 Minister for Finance Muzafar Said, who will present the budget in the provincial assembly, told Dawn that total size of the budget would be over 472 billion with special focus on education.

“Major chunk of the budget will go to education sector including primary, secondary, higher, technical and vocational,” said the minister, who belongs to Jamaat-i-Islami. Before the assembly session, Chief Minister Pervez Khattak will chair cabinet meeting on Monday to approve budget for 2015-16. Sources said that Khyber Pakhtunkhwa government would replicate the scheme of Punjab government in the budget by introducing lifetime token scheme for 1000cc cars. Muzafar Said confirmed that lifetime token scheme had been proposed in the new budget. Earlier, the provincial government had introduced the same scheme for motorcycles. “It will be one time token scheme and 1000cc cars would be exempted from depositing token forever,” the minister said.  Official sources said that cattle markets, fruit markets, cinemas and products’ exhibitions would be brought in the tax net while changes in property tax had been proposed to control deficit and increase revenue.

Categorisation of residential houses has been proposed in the new budget to increase ratio of the property tax. These sources said that total size of the new ADP would be around Rs150 billion including Rs30 billion foreign components. To enhance the province’s revenue, it has been decided to lease out maximum number of mines. Sources said that Rs10 billion would be allocated from the province’s own resources and Rs3 billion would be arranged through foreign assistance for elementary and secondary education. It is worth mentioning that controversies still persist over the utilisation of the existing ADP worth Rs139.8 billion. The provincial government has time and again claimed on different forums that it would utilise maximum fund earmarked for the development projects. However, the observers and budget analysts disagree with the government stance, saying the government would be unable to utilise the entire ADP fund with 15 days left to end the financial year.