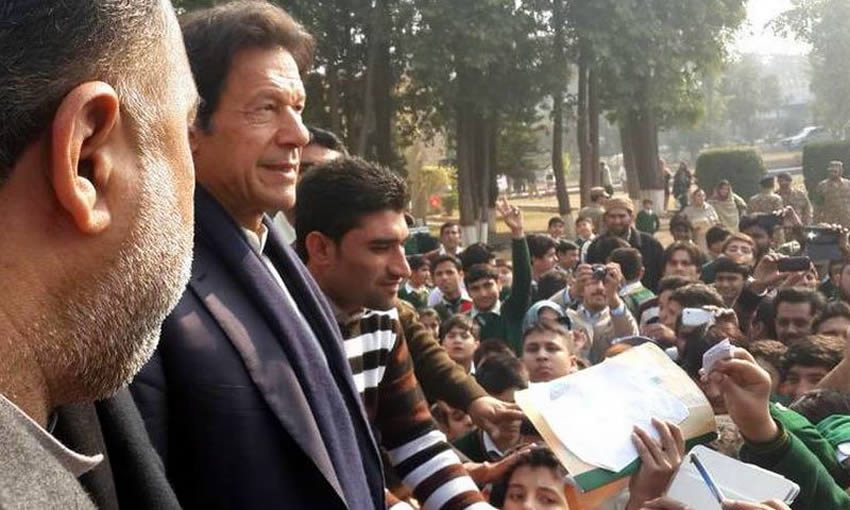 Pakistan Tehreek-i-Insaf (PTI) on Sunday decided to join parliament after almost seven months of absence from the National Assembly and provincial assemblies of Punjab and Sindh. Speaking to reporters after emerging from a huddle with the parties core policy makers.

PTI Chairman Imran Khan said, “We have decided to attend the joint session of Parliament tomorrow. The Yemen issue is very important… I will attend myself and present my party’s point of view.” The PTI Central Executive Committee (CEC) met today to discuss the party’s fate in the national and provincial assemblies after the government granted its demand of a judicial commission to probe alleged rigging in the May 2013 general elections. Later, Khan touched upon his party’s participation in the national and provincial assemblies.

“We will join the assemblies and play the role of a true opposition.” He harked back to the reasons behind his call for PTI MNA’s resignations. “Why did we march from Lahore on August 14?” he asked, referring to his protracted anti-government campaign launched last year in August to demand an investigation into alleged election fraud. “Now the decision for the formation of the judicial commission has come,” he said. He also explained that the CEC members debated whether the party should wait to join the assemblies until the commission was actually formed, as opposed to the current status of the promulgation of the ordinance.