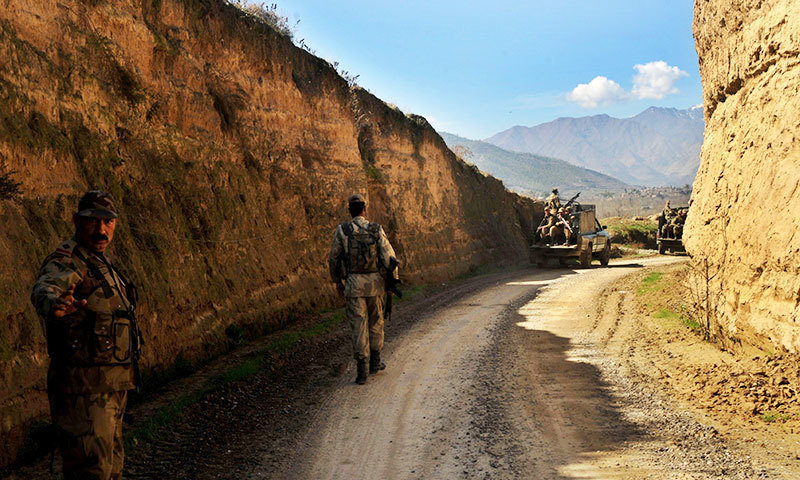 At least 11 security personnel were injured when an improvised explosive device (IED) went off Thursday in Mangrosa area of Khyber Agency.

According to a security official, the security personnel were in a vehicle during their routine duty when an IED exploded near the vehicle. As a result, 11 soldiers sustained injuries and were subsequently airlifted to Combined Military Hospital (CMH) in Peshawar.

The incident comes at a time when military forces are engaged in Khyber-One and Khyber-Two operations against militants in Khyber Agency.