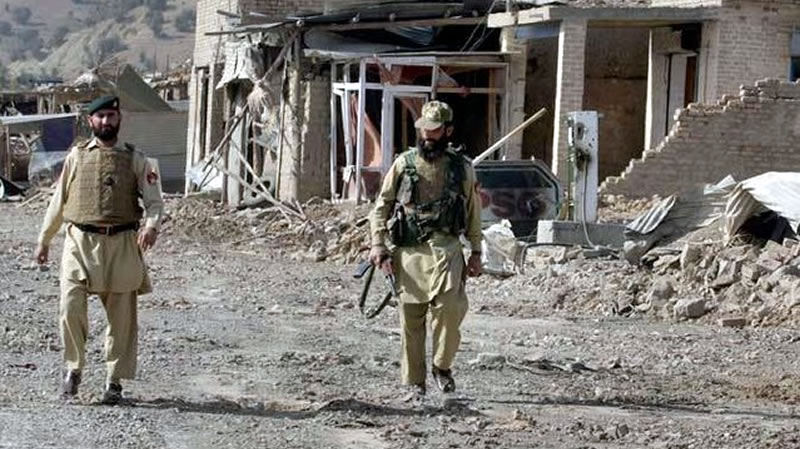 Thirteen bodies have been found in the deserted mountains of the Shaktai area of volatile South Waziristan tribal region.

Sources told Dawn on Sunday the bodies were found by local people in the past couple of days.

They said that most of the bodies were mutilated because it appeared that they had been killed several days ago. According to local people, some parts, like hands and legs, were missing which indicated that the bodies had been attacked by wild animals. The bodies were those of Ghairat Khan, Nawab Khan, Mulla Khan, Fazal Din, Mir Azam, Habib Khan, Abdul Mohammad, Abdul Wali Khan, Hayatullah, Saifur Rehman, Wazir Khan, Gulawar Khan and Zabta Khan.

Malak Saeed Anwar Mahsud told Dawn by phone from Shaktai that the deceased hailed from Mandaw village and belonged to Abdalai and Jalalkhel clans of the Mahsud tribe. The sources said that 17 tribesmen of Mandaw village had been missing after a search operation conducted by security forces from Feb 12 to 15 in the Shaktai area. They said four of them were still missing. A large number of security personnel backed by helicopter gunships pounded hideouts in mountains of Shaktai, a stronghold of the outlawed Tehreek-i-Taliban Pakistan.