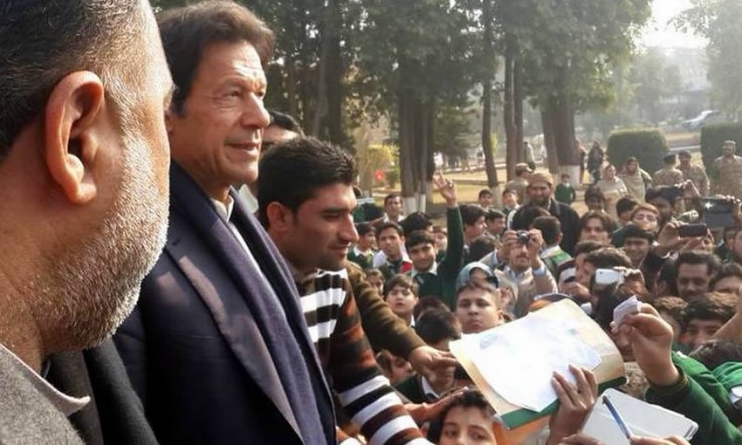 PESHAWAR: Amid protests from parents of victims’ of the Army Public School massacre, newly-wed Pakistan Tehreek-i-Insaf (PTI) Chairman Imran Khan and his wife Reham, visited the school on Wednesday morning.

The PTI Chairman was expected to visit the school on Jan 12 on the occasion of the school’s re-opening after the Dec 16 Taliban attack which left 150 people dead, including more than 132 school children.

Family and loved ones of those who had lost their lives in the Peshawar school attack gathered outside APS Peshawar today, as Imran, Reham and KP Chief Minister Pervez Khattak along with others arrived at the school amidst tight security. Imran Khan shook hands with students as he was welcomed inside the school as Reham Khan spoke to the children and signed autographs. 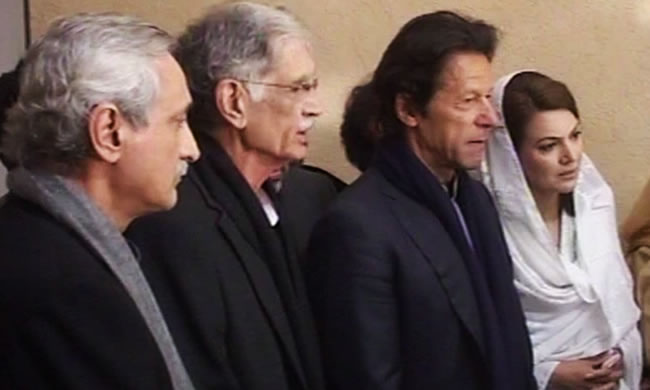 Holding posters and banners, the protesters tried to stop Khan’s vehicle from entering and complained that the provincial government did not show any concern regarding the school attack.

The demonstrators also lamented that it took Khan a month to come to Peshawar and speak to the students after the deadly school massacre. – Dawn

This author has not added a biography. Meanwhile Top has contributed 3145 posts. Click here to view them.