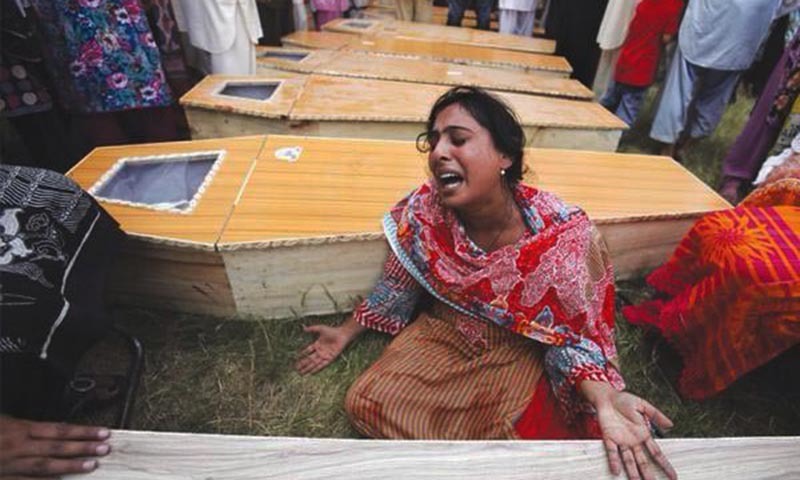 Pakistan began three days of mourning Wednesday for the 132 children and nine school staff massacred by the Taliban in the country’s deadliest ever terror attack, as the world united in revulsion. 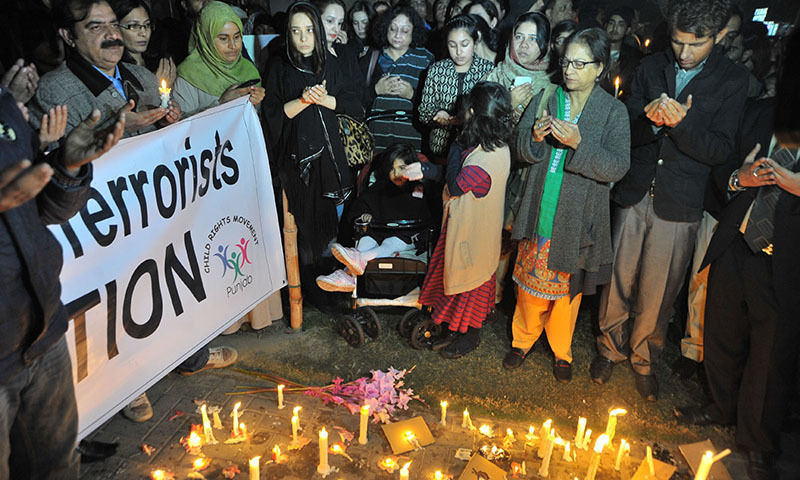 The 141 people were killed when insurgents stormed an army-run school in the northwestern city of Peshawar on Tuesday and systematically went from room to room, shooting children during an eight-hour killing spree. US Secretary of State John Kerry telephoned Prime Minister Nawaz Sharif and condemned the barbaric massacre carried out by militants in Peshawar a day earlier. He told Premier Sharif, “We Condemn Peshawar terror attack and US will stand by the people and the government of Pakistan.” Kerry assured Nawaz Sharif that US will support Pakistan in its war against terrorists.

The attack, claimed by the Tehreek-i-Taliban Pakistan (TTP) as revenge for a major military offensive in the region, sparked condemnation worldwide and led the Pakistani government and military to reaffirm their determination to defeat a group that has killed thousands since it began its insurgency in 2007.

Teenage survivor Salman Khan*, who ducked below his desk with classmates when four gunmen burst into their room, described how he played dead after being shot in both legs, stuffing his tie into his mouth to stifle his screams. “I saw a pair of big black boots coming towards me, this guy was probably hunting for students hiding beneath the benches,” the 16-year-old told AFP from the trauma ward of the city’s Lady Reading Hospital. “The man with big boots kept on looking for students and pumping bullets into their bodies. I lay as still as I could and closed my eyes, waiting to get shot again,” he said.

“My body was shivering. I saw death so close and I will never forget the black boots approaching me — I felt as though it was death that was approaching me.“ Prime Minister Nawaz Sharif announced three days of national mourning and described the attack as a “national tragedy unleashed by savages”. “These were my children. This is my loss. This is the nation’s loss,” said Sharif, who was later due to host a meeting of all parliamentary parties in Peshawar. Nobel peace laureate Malala Yousufzai, herself shot by the Taliban in 2012, said she was “heartbroken” by “the senseless and cold-blooded” killings. US President Barack Obama condemned the attack as “heinous” and said America would stand by Pakistan in its struggle against violent extremism. Leaders in Europe echoed the condemnation. Australian Prime Minister Tony Abbott offered his own sympathy to Pakistan, as his government deals with the fallout from a cafe siege by a deranged Islamist gunman. Narendra Modi, the prime minister of Pakistan’s neighbour and rival India, said he had called Sharif to offer condolences.

“Told PM Sharif we are ready to provide all assistance during this hour of grief,” Modi tweeted. The death toll exceeded the 139 killed in blasts targeting former prime minister Benazir Bhutto in Karachi in 2007. There were around 500 students in the school when the attack started, and Bajwa said the attackers, equipped with ammunition and food to last “days”, only wanted to kill. “The terrorists started indiscriminate firing as they entered the auditorium so they had no intention of taking any hostages,” he told reporters. A senior security official told AFP authorities were investigating the nationality of the attackers since some were speaking in Arabic.

Funerals of many of the victims had taken place by Tuesday evening, with the rest to follow Wednesday. The Lady Reading Hospital was thronged with distraught parents weeping uncontrollably as children’s bodies arrived, their school uniforms drenched in blood. Irshadah Bibi, 40, whose 12-year-old son was among the dead, beat her face in grief, throwing herself against an ambulance. “O God, why did you snatch away my son? What is the sin of my child and all these children?” she wept. -dawn