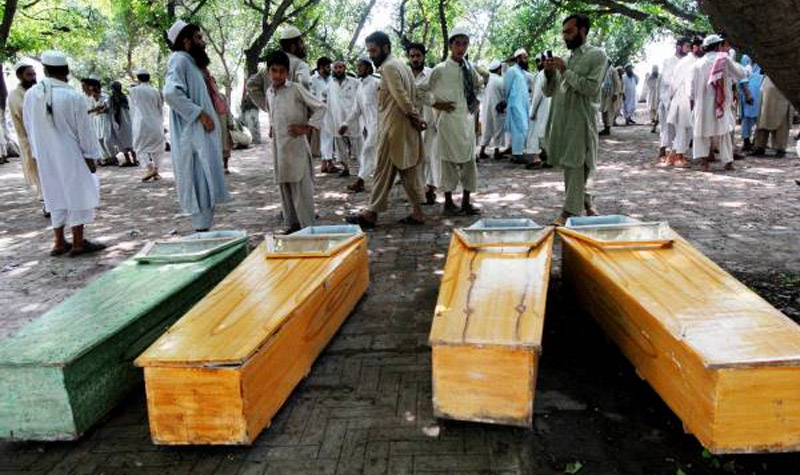 Eight bodies were found on Wednesday in different parts of restive Khyber Agency bordering Afghanistan,  According to political administration, two bodies were recovered from Akakhel, two in Shalobar area and four others in Qamar Khel area of the tribal agency.

Officials said the corpses were shifted to Jamrud Levies Center for identification, adding that investigation was being carried out about recovery of the bodies.

Pakistan Army has been conducting operation in restive parts of Khyber Agency since October, with aerial strikes on hideouts of militants who had taken a sanctuary there after fleeing North Waziristan where military started large-scale Zarb-e-Azb operation against Taliban in mid-June. – Samaa