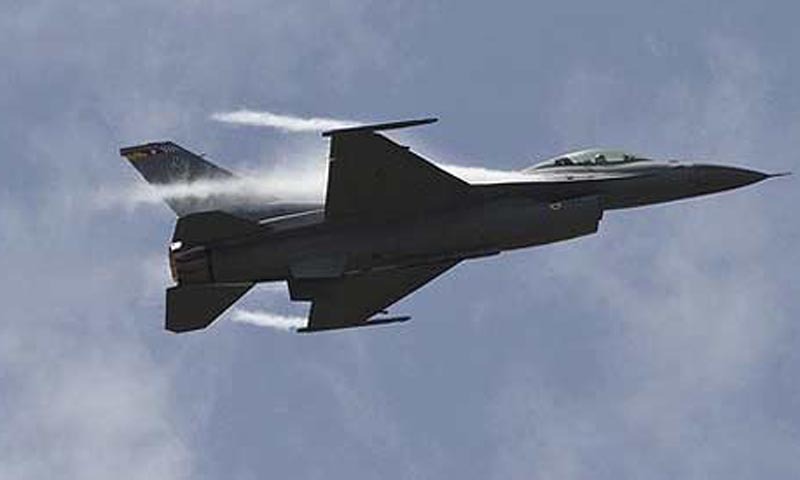 At least 30 suspected militants were killed on Tuesday during airstrikes conducted by military fighter jets in the Dattakhel area of North Waziristan tribal Agency.

Security sources said that 30 militants, including two key commanders and several foreign fighters, were killed in the blitz which was carried out in a jungle situated in Dattakhel.

Two vehicles were also destroyed in the strikes. The Inter Services Public Relations (ISPR) confirmed the deaths of at least 17 suspected militants — many of whom were alleged to be foreign fighters. At least twelve militants were killed as security forces repulsed an attack on a checkpost situated on the border with Tirah Valley in Orakzai Agency’s Shirin Dara area. Security sources said that scores of militants attacked a security checkpost in Shirin Dara with heavy weapons but forces repulsed the offensive.

Sources added that at least 12 militants were killed in the retaliatory action by security forces and many others injured. The death toll is likely to rise. The militants fled from the area leaving behind the bodies of their comrades. Khyber and North Waziristan are included in Pakistan’s seven semi-autonomous regions governed by tribal laws and lies near the Afghan border. The Taliban and other Al Qaeda-linked groups who stage attacks in both Pakistan and Afghanistan are also known to have strongholds in the zone. -dawn

PM Nawaz Sharif To Attend Conference on Afghanistan in UK

PM Nawaz Sharif To Attend Conference on Afghanistan in UK