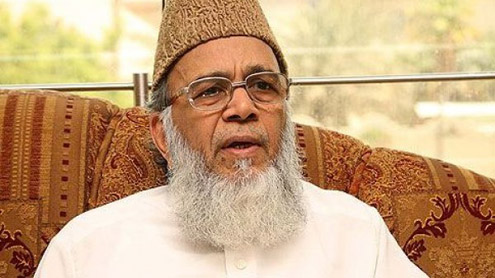 The arrival of Sirajul Haq as the fifth emir of the Jamaat-i-Islami (JI) is being interpreted variously. Most commonly, however, it is being viewed as the restoration in the Jamaat of the Qazi Hussain Ahmed strain of populist politics fired by a strong desire to evolve into a mainstream political party. “Sirajul Haq will follow Qazi Hussain’s style of leadership,” one of the top Jamaat-e-Islami leaders from Lahore told Dawn. Speaking on the condition of anonymity because of party discipline, he said: “He will prove to be more accommodating [in forging alliances with other parties] and avoid controversies because of his experience of working in the coalition government of the MMA [from 2002 to 07] and now with the PTI in Khyber Pakhtunkhwa.”

The election of a JI emir has always attracted considerable public interest because of the political ideology it represents and the street power it is supposed to wield, even though the JI has never succeeded in attracting voters to itself. The results have always been predictable, until Haq sprang this surprise. He emerged as the winner on Sunday as the Jamaat Arakeen (members with voting rights) voted out the sitting emir, Syed Munawwar Hasan, for the first time in the party’s history.

If this was not significant enough, he defeated another JI stalwart, Liaquat Baloch, a bit of a pragmatist politician himself with his own constant appeal, particularly in Punjab. There are two points that need to be discussed. One, how is that the Jamaat broke away with its tradition of never voting out a sitting emir, even if it was accepted that Hasan was a somewhat reluctant candidate for re-election?

And, two, if the fight effectively was between two more pragmatic, relatively young contestants in Haq and Baloch, how did the Jamaat members distinguish one from the other? The answers to these questions can be found in the Jamaat’s politics under Hasan who has always been more of an ideologue in the party. It was quite clear that his style of politics created a craving for a return to the days of his predecessor. -Dawn