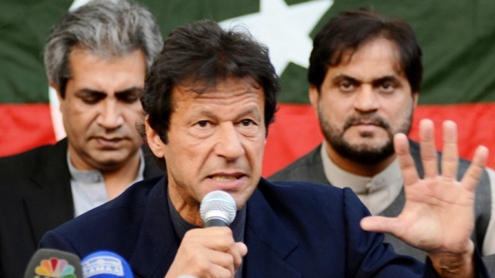 “The government must immediately brief the National Assembly on its counter terrorism policy and the position on dialogue and/or the possibility of an impending military operation,” The PTI’s Core Committee (CC) said in an official statement.

“It must also hold an in-camera briefing for all the political leaders about the current security situation, including on the talks and timelines of any planned military operations,” said the committee as it expressed concern over military actions, based on Pakistan’s tragic past record of such actions.

The committee also demanded to know the parameters of such a military operation, adding that disturbing reports were coming in from North Waziristan Agency, where aerial bombardment had left the local people shelterless and resulted in many casualties including that of children.

“At the very least, the government should have evacuated the area of civilians before allowing any military operation or aerial bombardment,” the statement said.

The committee said the government’s continuing vacillation on giving a clear-cut counter-terror policy was destroying any hope for peace through dialogue.

“Almost 9 months on, Pakistan Muslim League-Nawaz (PML-N) government has yet to put in place a cohesive counter terrorism policy and state clearly whether the all parties conference (APC) mandate for dialogue was ever operationalised or whether it has never been attempted,” the committee said.

It said the PTI felt the US had successfully sabotaged the peace process with its droning of the peace talks when they were about to commence. It said the PTI’s principled position on dialogue was premised on the strong logic that one must divide the adversary so that those who were prepared to hold dialogue should be separated from the hardcore groups.

“A military operation is always a last resort option and must always have political ownership and guidance so as to give the military national support. We cannot allow our military, whose soldiers have always laid down their lives for Pakistan, to be left isolated without political ownership,” the committee said, adding that PTI had always recognised the tremendous sacrifices of Pakistani soldiers.

The core committee also expressed grave concern over Maulana Samiul Haq’s statement that the government was not serious about dialogue. “What is even more disturbing is his claim that the PM asked him to plead with the Taliban to ‘spare us (Punjab)’,” it added.-tribune