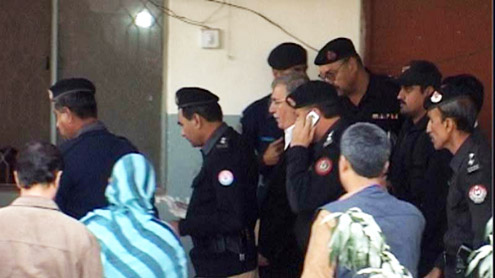 Former inspector general of Khyber Pakhtunkhwa police, Malik Naveed, who is accused of corruption in a weapon scam case, was presented before a local accountability court on Saturday, media reported. The former inspector general was brought to the court premises in an armoured personnel carrier under strict security as his 10-day-long remand was coming to an end. The National Accountability Bureau (NAB) also produced a report on the scam in the court today.

On Dec 4, the court had ordered a 10-day remand for Naveed who was arrested by the NAB on Nov 20 on charges of receiving kickbacks in the multi-billion rupees procurement of weapons, equipment and vehicles for the provincial police department.

An earlier NAB release had said that the inquiry committee, after a probe, had found that gross violation of procurement rules were committed by the purchase committee in awarding tenders to favoured contractors who had no previous experience of supplying weapons and security equipment. -Dawn