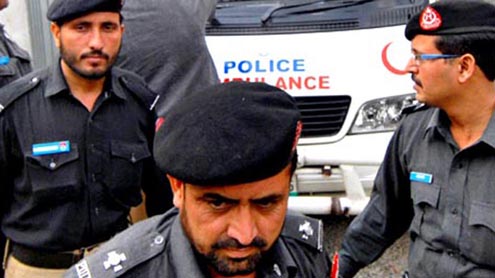 SWABI: A policeman was killed and one other injured in Swabi Friday when unknown motorcyclists opened fire on them while they were en route to provide security cover to a polio team.

According to the local police, two police officials were on their way to perform security duties when unknown gunmen opened fire on them at Topi Road in Swabi. Subsequently, one police official was killed whereas the other sustained injuries.

The injured police official was shifted to Swabi Hospital where his condition was reported as critical.

Following the attack, security men cordoned off the area and a search operation went underway to apprehend those responsible for the incident. Dawn