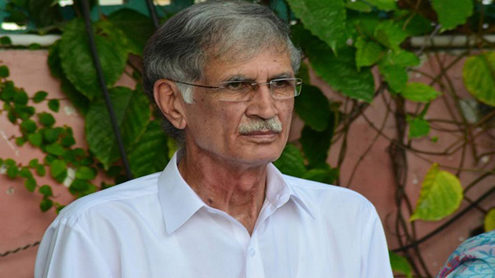 PESHAWAR  – In order to avoid jailbreak incidents in future, the Khyber Pakhtunkhwa government has formally decided to establish a separate ‘Prisons Security Force’.

The move comes in pursuance of the decision of the provincial cabinet taken in its meeting held on October 17 last, wherein it was decided to raise a dedicated force “Prisons Security Force” for the security of prisons in Khyber Pakhtunkhwa,” said a statement issued by the KPK Home and Tribal Affairs Department on Monday. In this connection, a four-member committee has been constituted.

The committee is headed by Zakir Hussain Afridi, Inspector General of Prisons as its chairman, while Akhtar Saeed Turk, Deputy Secretary Home Deptt, Col Momin Baig, Principal Elite Training and Khalid Muhammad, Section Officer Budget Home Deptt are members of the committee, it added. Sources said that personnel would be inducted separately for the proposed force and would be given special training at a centre to be exclusively established for the purpose. Moreover, the force would be equipped with latest weapons, bullet-proof jackets, bullet-proof helmets, gas-guns, anti-riots suits and other tools. Apart from this, explosives metal detectors, mines detectors, detectors for mobile sets, sniffer dogs and handlers would also be provided to the force.

Pop-up barricades would also be installed at prisons in the province. Officials said that guards whether on jail gates, towers or in trenches will perform four hours duty at a time and not more than eight hours during the whole day. Not only this, technical staff would also be provided to strengthen the force. Keeping in view the prevailing law and order situation and attacks on jails in Dera Ismail Khan and Bannu, the KPK government took the decision to increase security of prisons in the province. The proposed force would act as a lead force. The officials said that security personnel of the proposed specialised force would be ready all the time to deal with any kind of situation. Moreover, a training school would also be set up to impart training to jail security force personnel on the use of light, medium and heavy arms. It is worth mentioning here that the two KPK jailbreaks are considered among the biggest in the history of the country: one in the April 2012 in Bannu and the other in Dera Ismail Khan in July 2013. -Nation