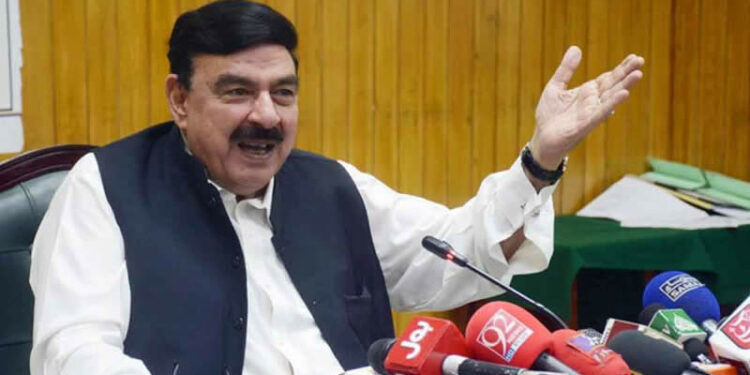 The Taliban have assured Pakistan that they won’t allow the banned Tehrik-i-Taliban to use Afghanistan soil against its neighboring country, Federal Interior Minister Sheikh Rasheed said Monday.

He was responding to concerns after it was reported that some TTP leaders have been released in Afghanistan.

Rasheed, while addressing the media in Islamabad, shared that Pakistan has offered immigration to 1,000 people following the exodus in Kabul after the Taliban took over Afghanistan.

He remarked that Pakistan has granted visas to 4,000 Afghan nationals, including its cricket team.

The interior minister said that international agencies are hatching up conspiracies against the China-Pakistan Economic Corridor.

Enemies of Pakistan and China are attacking innocent people. Pakistan will provide security to Chinese companies working in the country, he added.

On August 20, a convoy of Chinese nationals comprising three Chinese vehicles with integral security details of the Pakistan army and police contingent was targeted in a suicide attack on East Bay Expressway in Gwadar.

Last month, 13 people including nine Chinese were killed when a suicide bomber targeted a bus carrying workers to the Dasu Dam site in Upper Kohistan.