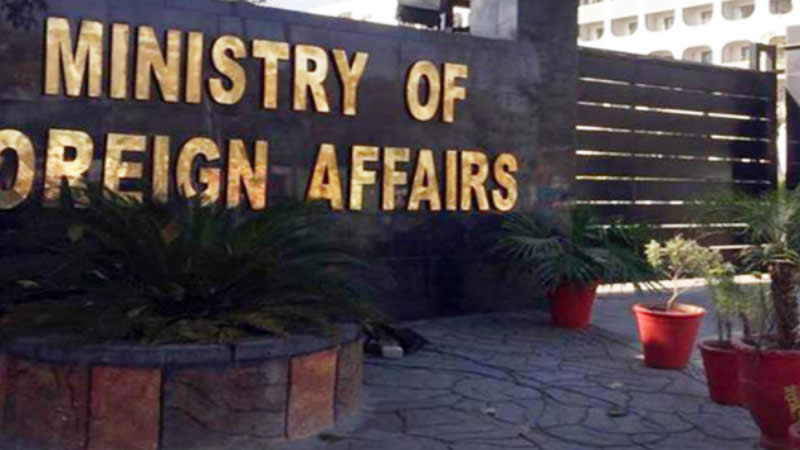 The Foreign Office (FO) on Sunday objected strongly to remarks made by a former Canadian minister, saying his comments betrayed a lack of understanding of the Afghan peace process as well as ignorance about facts on the ground.

In a tweet, the FO said: “We strongly condemn the unwarranted comments by former Canadian minister Chris Alexander, making unfounded & misleading assertions about…Pakistan’s role in #AfghanPeaceProcess. Such remarks betray a complete lack of understanding of the issue as well as ignorance of facts on the ground.”

In a message posted on Twitter, Mr Alexander had earlier said: “Taliban fighters waiting to cross the border from Pakistan to Afghanistan… anyone still denying that Pakistan is engaged in an ‘act of aggression’ against Afghanistan is complicit in proxy war & war crimes.”

In its statement, the FO said that Pakistan had taken up the matter with the government of Canada. “The matter has been taken up with the Canadian side. We have urged the Canadian authorities to take steps to address this motivated and malicious smear campaign.”

The FO also reiterated Pakistan’s policy on Afghanistan and said that international powers had begun to appreciate what Prime Minister Imran Khan had been saying since long. “Now when the world has acknowledged what…Pakistan & PM @ImranKhanPTI have consistently maintained abt there being no military solution to the conflict in #Afghanistan & the need for an inclusive, broad-based & comprehensive political settlement, such gratuitous commentary is deplorable,” it added.