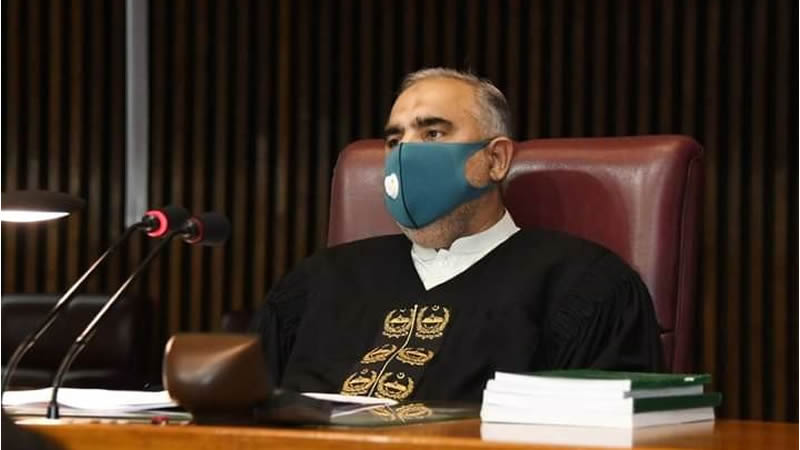 The government and the opposition on Thursday agreed to evolve a code of conduct for smooth proceedings in parliament, a day after another the National Assembly session was marred by ruckus during Leader of the Opposition Shehbaz Sharif’s speech.

Addressing a news conference in Islamabad, Defence Minister Pervez Khattak said both sides had reached a consensus and it had been proposed that lawmakers would not use expletives, refrain from creating chaos and help run the proceedings of the House as per the Constitution.

“During the talks, it was proposed that a committee shall be formed that will help evolve rules for running the proceedings without any disruption,” Khattak added.

“It was also discussed during the talks that the speaker’s powers should be increased.”

Khattak further said he was hopeful that efforts would be made so that the assembly ran smoothly.

“The leader of the opposition speaks and people from our side speak as well so the message is sent that we parliamentarians work for the country’s betterment and condemn what had happened.”

Speaking on the occasion, Federal Information and Broadcasting Minister Fawad Chaudhry said all issues had been settled in a meeting.

In the meeting, he added, Khattak, Asad Umar, Ali Muhammad Khan, Amir Dogar and himself were present representing the government.

The other side included PML-N’s Rana Sanaullah, Ayaz Sadiq and Rana Tanveer and PPP’s Raja Pervez Ashraf and Shazia Marri.

The minister further said the mayhem in the NA had caused embarrassment for lawmakers.

The minister added that the government has asked the opposition to withdraw its no-confidence motion initiated against deputy speaker Qasim Khan Suri.

Earlier, NA Speaker Asad Qaiser said he was mandated to run the House and would continue to do so in the days to come.

“Members of the parliament have to set precedence for the public. We have to be cognisant of the traditions we leave behind for our children,” he stressed.

On Wednesday, the NA proceedings were adjourned minutes after they started as the chaos continued in the house for the third straight day forcing Shehbaz to cut his budget speech short yet again.

Shehbaz, the PML-N president, tried to finish his speech in the presence of sergeants but the treasury members did not allow him to do so as they resorted to sloganeering.

As soon as the proceedings started, the speaker condemned the unruly behaviour witnessed during Tuesdays’ proceedings.

Arrest Even Me if I Break the Law: Imran Khan