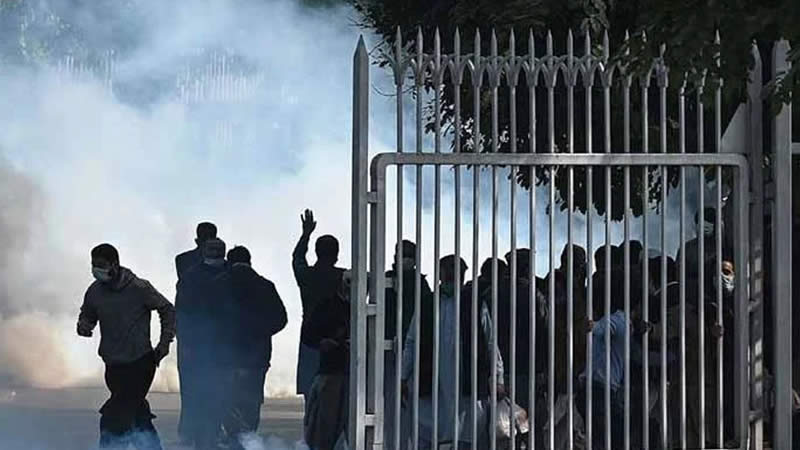 The government servants who have been staging a protest at Islamabad’s D-Chowk have said that they won’t call off their demonstration till Centre issues a notification confirming the increase in their salaries.

The protesters have gathered at D-Chowk but no police officers can be seen at the site.

On Wednesday, the D-Chowk turned into a “war zone” after the police fired tear gas shells at the protesters to stop them from marching from Islamabad Press Club to Pakistan Secretariat. The protesters responded by pelting stones at police officers.

A policeman also died because of breathing difficulties following the protest.

Many people criticised the government for its action against the peaceful protesters. The protest even became the top trend on Twitter.

The government servants had announced the protest two weeks ago. They had even held many meetings with the interior ministry over the matter.

Speaking to media, Interior Minister Sheikh Rasheed said that the government had agreed to increase the salaries of officers from grades 5 to 16, but the protest was being staged by Grade 22 officers. The treasury doesn’t have enough funds to increase their basic salaries, he remarked.