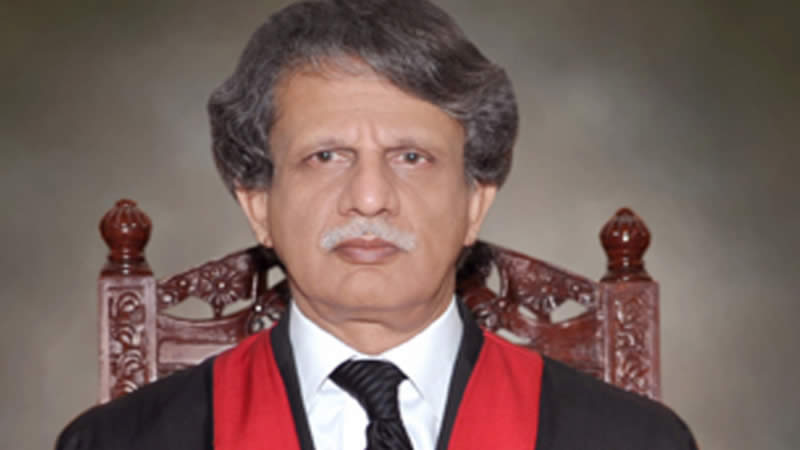 The federal cabinet has agreed to form a one-man commission – headed by Justice (retd) Azmat Saeed Sheikh – not only to probe the Broadsheet saga but also some other scandals, including the mysterious disappearance of “Swiss boxes” allegedly stuffed with evidence against the top PPP leaders.

The cabinet, chaired by Prime Minister Imran Khan, on Tuesday decided to form the commission under the Pakistan Commissions of Inquiry Act, 2017. It will complete its probe within 45 days and its terms of reference (TORs) are likely to be formally announced today [Wednesday].

“The cabinet has turned the proposed inquiry committee into an inquiry commission, empowered under the 2017 act and tasked to expose those who had played a key role in destroying the country’s economy,” Minister for Information Shibli Faraz said in a most-meeting press briefing.

On January 22, the government announced to appoint Justice (retd) Sheikh as head of an inquiry committee to examine the circumstances relating to the National Accountability Bureau’s (NAB) agreement with UK’s assets recovery firm Broadsheet LLC and the subsequent arbitration proceedings that resulted in substantial loss to the national exchequer

The two major opposition parties – the PML-N and the PPP – had rejected the government’s decision, citing Justice (retd) Sheikh’s past affiliation with NAB as creating a “conflict of interest”.

However, despite the opposition’s strong reaction, the cabinet went ahead with Justice (retd) Sheikh’s name while also turning the committee into a commission with a broader mandate.

Shibli refuted the rumors that the retired judge had declined the government’s request to head the commission and said: “He [Sheikh] has not yet shown any reservations. We trust him and I think he is the best man to undertake this responsibility”.

The government’s spokesperson said the opposition is afraid of Justice (retd) Sheikh knowing that an honest man has been chosen to investigate the matters. To a question, he said the commission will investigate all things related to the case in the past two decades.

“The Broadsheet case has exposed how NRO culture retarded the country’s progress as the past regimes preferred political expediency over morality and gave safe passage to the corrupt people.”

He said whenever there was an NRO, the moral fabric and identity of the society is compromised and it leads to acceptance of corruption in the society.

“It has a trickle-down effect and we are now living in a society where corruption has become acceptable and people think that the one who does not commit corruption is a loser,” he added.

Shibli said the prime minister forcefully highlighted the issue of corruption as earlier people were left untouched and they even went on to become prime ministers, presidents and ministers.

He said the Broadsheet scandal started long before the PTI government came to power but it is the government’s responsibility to conduct an investigation and find out why people’s money was squandered.

To a question, Shibli said the government paid the Broadsheet award money as the 2000 agreement was made by the government of Pakistan. “Time has come for everyone to know who did what and how the country got trapped under debt.”

Shibli said everyone knows that votes are bought and sold in the Senate elections. “The government wants to restore the sanctity of the upper house of the parliament. What is the use of the Senate if only rich people can make it to it?”

He said those opposing the open ballot mode for the Senate polls have forgotten that this demand was a part of the PTI manifesto.

“Who can differ with organizing a transparent voting system; we need to come out of this debate that votes were bought,” he said.

He said Islamic banking system should be promoted as “it is part of our Constitution that we must make the financial system Riba free.”

The minister alleged that the opposition is misleading the people on the economy, saying the previous government had left the national economy in a fragile situation but the incumbent government put it back on the right track.

He said the government is “fully aware” of high inflation but cannot take artificial measures or make politically popular decisions.

“All basic indicators are positive; remittances are going up, reserves are getting better and though agriculture was ignored in the past, the incumbent government is trying its best to make things better. Overall the economy is going well,” he said.

The prime minister sought details of Pakistan’s pending cases and expenses incurred in international arbitration. The cabinet approved the appointment of a chartered accountant firm to audit the Nationals Database Registration Authority (NADRA) accounts for the financial year 2019-20.

It also approved recommendations of the Ministry of National Health Services, Regulations and Coordination regarding the import of the coronavirus vaccine.

Shibli said the health ministry would soon organize a press conference and give details about the import, its price, about permission granted to the private sector and how the government would regulate.

The government has expanded the scope of a commission of inquiry – newly announced to probe into the Broadsheet saga – and has also assigned it the task to investigate the mysterious disappearance of “Swiss boxes” reportedly stuffed with evidence of PPP top leaders alleged corruption.

In December 2009, Wajid Shamsul Hasan and National Accountability Bureau (NAB) former prosecutor general Dr Danishwar Malik allegedly travelled to Geneva for a high profile secret operation and managed to get 12 boxes carrying evidence against Zardari from the office of a Swiss attorney.

According to a minister, the commission of inquiry will also be asked to probe into the Hyderabad Fund case.

In 2016, A British high court had rejected an Indian attempt to strike out Pakistan’s claim to the Hyderabad Fund, an amount of £35 million transferred to Pakistan by Osman Ali Khan, the 7th Nizam of the former princely state of Hyderabad, before its forced annexation to India.