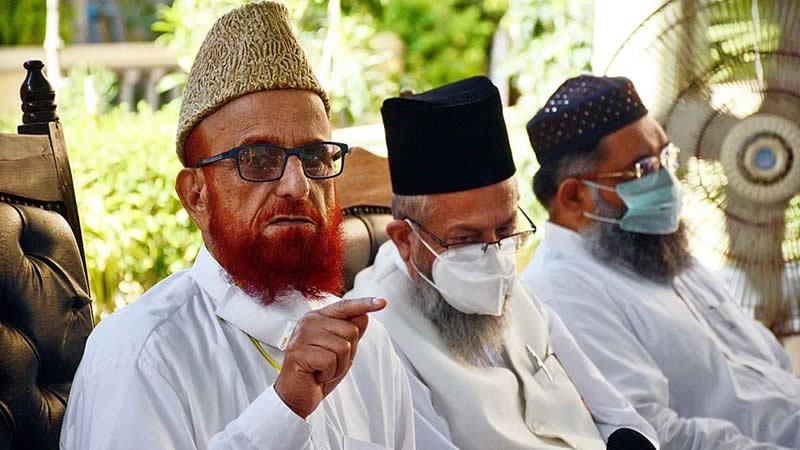 In an interesting development, the government has reconstituted the country’s main moon-sighting committee – the Central Ruet-e-Hilal Committee – and replaced its longtime chairman Mufti Muneeb-ur-Rehman with Maulana Abdul Khabeer Azad.

According to a notification issued by the Ministry of Religious Affairs and Interfaith Harmony on Wednesday, the committee was reconstituted “with immediate effect and till further notification”.

The scientific experts include representatives of Pakistan Space and Upper Atmosphere Research Commission (Suparco), Pakistan Meteorological Department (PMD) , Ministry of Science and Technology and the Ministry of Religious Affairs.

The Central Ruet-e-Hilal Committee is a department which announces the sighting of the new moon which coincides with the beginning of a new Islamic month. It is assisted by 150 PMD observatories.

The committee was set up in 1974 through a resolution passed by the National Assembly of Pakistan. However, no rules and regulations have been drafted to date for the committee.

Mufti Muneebur Rehman served as Ruet-e-Hilal Committee chairman for over two decades. During his tenure, a number of controversies sparked over moon-sighting with an unofficial committee in Peshawar often calling into question the decision of the central committee.

Federal Minister for Science and Technology Fawad Chaudhry also frequently locked horns with the scholars over what he termed the outdated methods of the moon-sighting committee.