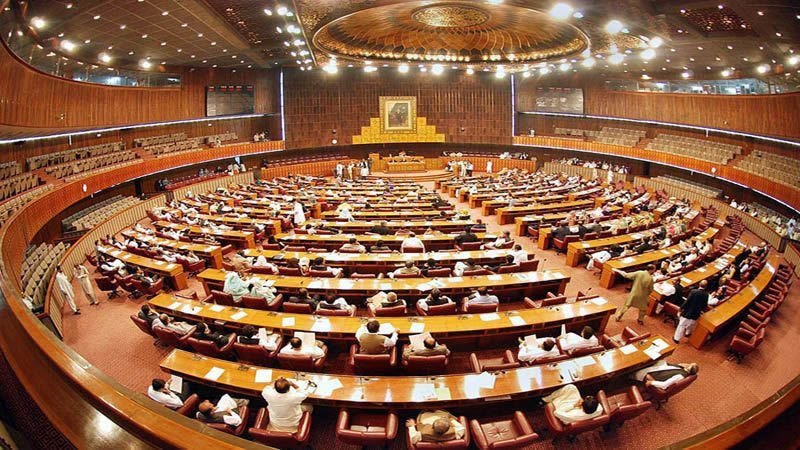 The federal cabinet in a meeting chaired by Prime Minister Imran Khan on Tuesday decided to approach the Supreme Court with a reference under Article 186 of the Constitution seeking its advisory jurisdiction with regard to holding of Senate elections through ‘open voting’.

Attorney General for Pakistan Khalid Javed Khan briefed the cabinet about the relevant laws regarding the Senate elections. The cabinet discussed the issue of holding open votes instead of secret ballots. It was apprised that there was, prima facie, no constitutional bar on holding of open ballots in the Senate polls, the PM Office Media Wing said in a press release. It was decided that a reference through the office of attorney general for Pakistan would be moved before the apex court.

On the occasion, the prime minister stressed that the main purpose for legal reforms in the elections process was to ensure its transparency and declared that in that regard, doors for negotiations with all the political parties were always open.

The federal government will seek to improve the mechanism for funds distribution under the National Finance Commission (NFC) Award in order to hold the provinces accountable for how they spend the money, Information Minister Shibli Faraz announced on Tuesday. He said the cabinet discussed the merits and demerits of the current NFC Award mechanism, under which funds are provided to provinces according to their population size.

It emerged during the discussion that “there is a fundamental gap between the money that the Centre gives to the provinces and the revenues generated by the provinces due to which provincial governments don’t have any incentive to increase their revenues,” he said.

PM’s Special Assistant on Social Protection and Poverty Alleviation Dr Sania Nishtar gave details about the payments under Ehsaas Kafalat Programme, Ehsaas Socio-Economic Survey and PM’s Covid-19 Relief Fund. She said the new door-to-door survey was under completion process which was digitally conducted. Under the Ehsaas Programme, about 7 million persons would be provided financial assistance and so far about 2.03 million people had been supported with the amount. A total of 31,543 undeserving persons were expelled from the database.

The cabinet was also briefed in detail over the report of the inquiry commission on shortage of petroleum products in the country. The cabinet approved constitution of a committee comprising federal ministers Asad Umar, Shafqat Mahmood, Dr Shaireen Mazari and Muhammad Azam Khan Swati to devise the mechanism for implementation of recommendations of the inquiry commission and submit its report in a week. The prime minister resolved that after receiving the report, strict action would be taken against the responsible persons.

The cabinet was also briefed about the report of a committee over utilization of Metropolitain Club Islamabad. The cabinet directed for submission of a report along with recommendations for utilization of other buildings in its next meeting.

It granted approval to appointment of Lt Gen Akhtar Nawaz as chairman of the National Disaster Management Authority (NDMA). The cabinet also approved three-year contract appointment of Asim Shaharyar Hussain as chief executive office of National Technology Fund. It also granted its approval for contract appointments of Imran Maniar as Managing Director of the Sui Southern Gas Company Limited and Ali Javed Hamdani as Managing Director of the Sui Northern Gas Pipelines Limited for a period three years each. It also accorded approval to appointment of members of the board of directors of Public Partnership Authority. It approved re-organization of board of trustees of Employees Old Age Benefits Institution. The cabinet also gave its approval for designation of community welfare attaché in five different embassies of Pakistan. The cabinet approved floating of advertisement for appointment of CEOs of DISCOS.