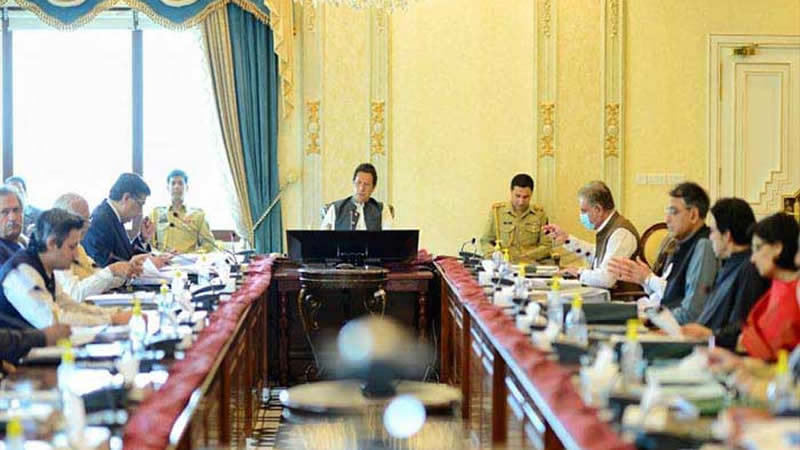 Prime Minister Imran Khan on Monday ordered setting up of a special division under the supervision of an additional secretary from the interior ministry to make the border management system more effective.

He asked the departments concerned to timely share information and data on border security and management.

Presiding over a meeting, the prime minister said the government believed in free but secure border policy.

However, he said, besides securing the country’s borders, steps must be taken to promote trade, especially with Afghanistan.

It was informed that 10 departments had been connected through the system but there was no central authority to monitor border management. The meeting was also briefed about the system installed at the border crossings as well as fencing.

The prime minister was informed that there was a dire need to collect information at one place about people entering the country through land, air and sea routes.

He was further informed that the country had saved billions of rupees in a year by sealing illegal routes and curbing smuggling.
Looted wealth

In a separate meeting, the prime minister said recovery of looted money was the government’s top priority.

He was talking to prominent economist and former State Bank of Pakistan governor Dr Shahid Kardar, who had called on him.

The prime minister said illegal transfer of money from developing countries was the main reason behind poverty in these nations.

The meeting focused on steps to prevent money-laundering, recover looted money and improve the overall economic situation in the country.
Export Development Board

In a separate meeting, the prime minister approved formation of Export Development Board with the aim to boost exports.

PM Khan will be its head and all stakeholders will be given representation.

The board meeting will be held on a monthly basis in which the country’s top exporters will be invited in order to address their problems.

On the other hand, Prime Minister Khan directed that financial assistance be provided to fishermen and steps taken for their uplift.

He stated this in a meeting with Minister for Maritime Affairs Syed Ali Haider Zaidi who gave an update on the overall situation of the country’s ports.

The meeting discussed extending soft loans to fishermen under the Kamyab Jawan Programme.

The situation of Karachi metropolitan also came under discussion.
Promotion of tourism

The prime minister appreciated the interest shown by international firms for establishment of tourism services in the country.

He said Pakistan was blessed with abundant sites that could be developed into world class attractions in an eco-friendly and sustainable manner.

Proposals to set up skiing facilities and mountaineering were also discussed.

Special Assistant to the Prime Minister on Overseas Pakistanis Syed Zulfiqar Abbas Bukhari was also present in the meeting.

He directed them to ensure protection of the environment during construction activities.