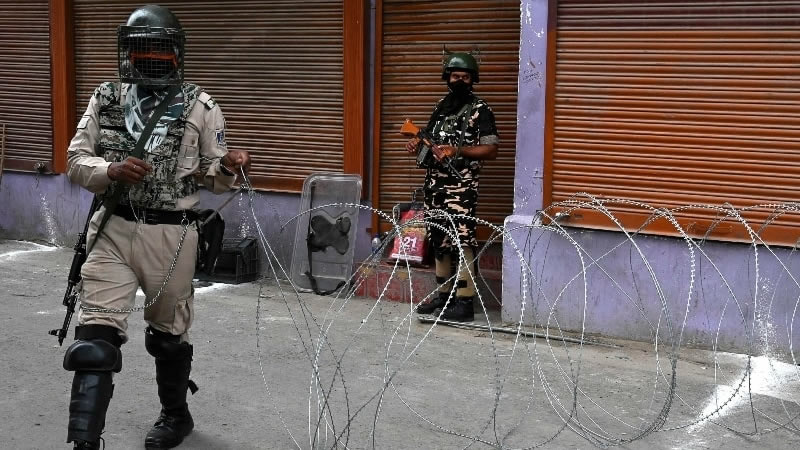 Due to illegal and indiscriminate use of pellets, dozens of Kashmiris have been seriously injured, says Foreign Office

Pakistan has strongly condemned the use of tear gas shells and firing of pellets on mourners taking part in Muharram procession in Indian Illegally Occupied Jammu and Kashmir (IIOJK).

“Due to the illegal and indiscriminate use of pellets, dozens of Kashmiris have reportedly been seriously injured, including with eye injuries causing permanent blindness,” a statement issued by the Ministry of Foreign Affairs (MoFa) said on Sunday.

Indian occupation forces in IIOJK have been using pellet guns and lethal cartridges since 2010 resulting in large number of deaths and grievous injuries to thousands of Kashmiris, including women and children, it added. “The Kashmiri youth has been systemically targeted in this deadly campaign.”

Indiscriminate targeting of civilians with pellet guns, the statement said, causing excessive and permanent injuries and even deaths, is a clear violation of human rights and humanitarian law.

The Foreign Office said that the BJP leadership must realise that it is directly responsible for these illegal actions of the Indian occupation forces. “No illegal Acts, such as the Armed Forces Special Powers Act (AFSPA) and Public Safety Act (PSA), can provide legal cover to a crime recognised as such by international law.”

The statement also said that the international community must take urgent cognisance of these egregious human rights violations in IIOJK and use all tools at its disposal to hold India accountable for its illegal actions.

“India must be made to fully comply with its international legal obligations,” it further added.

During the past week, police used baton or tear gas canisters to disperse mourners in a few smaller processions in various parts of Srinagar, eyewitnesses said.

On Thursday, a police spokesperson said three men were booked under an anti-terror law after a video surfaced in which people were shouting pro-freedom slogans during a similar procession on the outskirts of Srinagar.

On Saturday, Islamabad had slammed New Delhi over extra-judicial killing of Kashmiris in “fake encounters” and imposition of restriction on religious gathering and processions in IIOJK.

“Equally condemnable are the restrictions imposed on religious processions and gatherings during Muharram,” it added.

On Friday, Indian occupation forces sealed off parts of IIOJK’s main city Srinagar to stop mourners from staging processions during the month of Muharram and detained at least 50 attendees.

Allowing Nawaz to leave was a ‘mistake’, says PM Imran