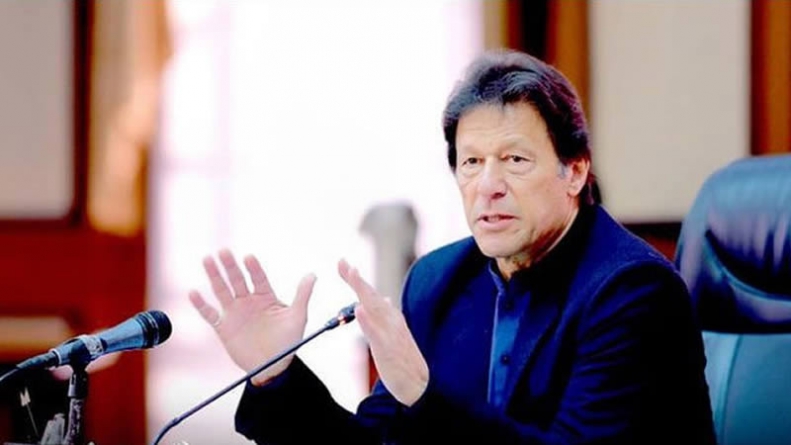 Prime Minister Imran Khan has categorically rejected any possibility that Pakistan can establish relations with Israel after it signed a historic deal with the United Arab Emirates (UAE) to normalise bilateral ties.

“Our stance is very clear from day one and Quaid-i-Azam Muhammad Ali Jinnah had said Pakistan can never accept state of Israel until the people of Palestine get rights and state,” he said in an interview with a private news channel on Tuesday.

The premier said accepting the state of Israel is equivalent to give up Pakistan’s stance on Indian Illegally Occupied Jammu and Kashmir (IIOJK). “The case of Palestinians is similar to people of Kashmir and their [Palestinians] rights have been snatched and they have been suffering Israeli atrocities.”

Last week, Israel and the UAE had reached a historic deal that would lead to a full normalisation of diplomatic relations between the two Middle Eastern nations in an agreement that US President Donald Trump helped broker.

Under the agreement, Israel has agreed to suspend applying sovereignty to areas of the West Bank that it has been discussing annexing, senior White House officials told Reuters.

The premier set aside the reports that Islamabad relations with Riyadh have deteriorated recently saying “Saudi Arabia is Pakistan’s key ally”.

He said every country makes decision according to its own foreign policy and national interest. “Our role is to unite the entire Muslim world which is a very challenging task and we will do our best.”

‘Fighting against mafia is mission of my life’

While talking about his supreme aim to rid the country of curruption, Prime Imran has reiterated that come what may he will not spare corrupt cartels in the country, saying “fighting against mafia is a mission of my life”.

Responding to a question about his two years in the country’s top office, Premier Imran said he had faced immense challenges throughout his life but two-year as premier of the country was the toughest among all of them.

“If you have to prosper, you have to adopt policies of Madina like welfare state and my government is struggling to make this country a welfare state,” he said blaming the “elite capture” for the country’s woes.

“They [elite] don’t accept supremacy of law… they consider themselves privileged and they want to topple my government because I am working against their interest,” he said while hinting towards his opponents.

He said when he took over power in 2018 all institutions of the country was in disarray and the country’s economy was on verge of collapse.

“We were going to default on debts, our fiscal deficit was huge and there were a lot irregularities on power sector due to which we are unable to provide cheap electricity to industry.”

The prime minister maintained that due to his government’s successful policies the country’s primary budget have been balanced, saying “if you exclude loan payments there is no deficit in the budge anymore”

Speaking about the hike in the prices of sugar and wheat, the premier acknowledged that the people are forced to pay higher prices for the basic commodities due to monopoly of cartels in these sectors.

“… But I can assure that I am not part of any cartel like past rulers who had their own sugar mills and formulated policies which favoured them instead of the masses”.

He added that no matter what his government will succumb to the blackmailing of cartels and will take them to the task.