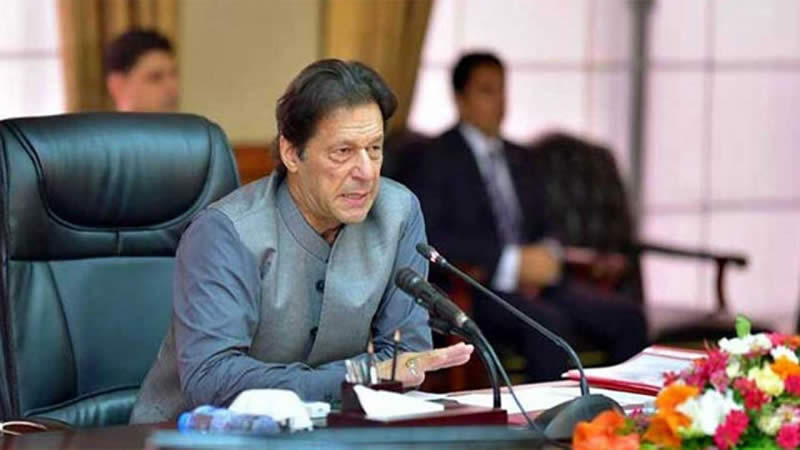 Prime Minister Imran Khan said on Wednesday the federal government had no disagreement with any province regarding the 18th Constitutional Amendment, as it only intended to remove certain specific anomalies.

Talking to senior journalists belonging to regional newspapers and news channels during his two-day Sindh visit, he said some federal subjects were wrongly devolved to the provinces under the 18th amendment, which would be returned back to the Centre.

For that all the provincial governments will be consulted,” Imran told reporters. about the coronavirus pandemic, Imran said the National Coordination Committee (NCC) was meeting regularly and taking decisions about the measures to contain the contagion in consensus with the provinces.

He said that he was against imposition of strict lockdown in the country since the day one because he was worried about the labourers, particularly the daily wagers. He added that it was also a responsibility of the government that the poor did not lose their earnings.

“The government has the double responsibility of taking steps to contain the spread of Covid-19 and at the same time make sure that the poor segments of society do not face financial challenges,” the prime minister said.

“The federal government opted for imposition of smart lockdown and eased restrictions on many sectors of the economy. The decision has proved fruitful as the smart lockdown has not only slowed down the transmission of the virus but also helped save the economy from a major crisis,” he said.

He said that now the government had now decided to go hard for the implementation of standard operating procedures (SOPs). “Smart lockdowns would be imposed in hotspots across the country,” the prime minister said.

He regretted that some elements were doing politics on the coronavirus and assured that the federal government had not done any kind of discrimination against any province.

About the local governments system, Imran said the Pakistan Tehreek-e-Insaf (PTI) was the only party which believed in devolution of powers to the local level. In that regard, he added, the party’s provincial government practically executed the plan in Khyber Pakhtunkhwa in 2013.

“The local government system is important for the resolution of people’s problems at the local level. Under the new system being announced by the present government, mayors of cities will be elected directly by the people and that will help address the issues being faced by the mega city of Karachi.”

Responding to a question regarding the locust attack, the prime minister said the emergency had been declared in the country since January 31 and the federal government was making all-out efforts to eliminate the hopper swarms.

The prime minister added that the federal government was in constant contacts with the neighbouring countries, including Iran and India, and it had taken the provinces on board to devise a strategy for combating locust.

On the occasion, Special Assistant on Poverty Alleviation Dr Sania Nishtar told the media that a major chunk of Rs60 billion under the Ehsaas Emergency Cash Programme was earmarked for Sindh. “Some 5 million deserving families of Sindh would benefit from the cash assistance programme, she said.

“It was decided to distribute the cash assistance on the basis of 2013 census data, according to which the share of Sindh was 22%, which, however, was raised to 31% on the direction of the prime minister. The difference amount would be borrowed from the Prime Minister’s Covid-19 Fund,” she added.

In a meeting with a delegation of PTI’s members of the Sindh Assembly, Imran urged upon the people’s representatives to play an active role in resolving problems of the masses. He stressed that serving the masses was the top-most priority of the government.

Imran said that the PTI and its allied parties were pursuing the common agenda of eliminating corruption, poverty reduction and improving public service. He said that the federal government was cooperating with all provinces, particularly Sindh.

The prime minister stressed that sustainable development was only possible through administrative reforms and devolution of power. He added that political leadership in the past misused public offices for personal gains and ignored the uplift of masses.

Later, Imran visited the Ehsaas Emergency Cash Disbursement Centre in Sachal Colony, Larkana. The prime minister, on the occasion, interacted with emergency cash assistance beneficiaries and enquired about their financial condition, particularly in the wake of Covid-19 outbreak.