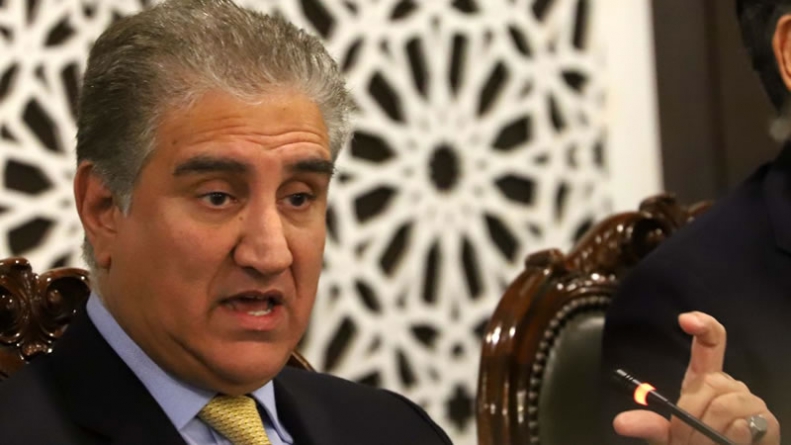 Talking to reporters here, he said India had been ignoring the resolutions of UNSC on Kashmir for a long, giving way to an unending oppression on Kashmiris by denying them their right to self-determination.

‚ÄúHeavens will not fall if India becomes a UNSC member,‚Äù he said, adding that Pakistan had also served at the same position previously for seven times.

Qureshi said Islamabad was making efforts for its membership at the UNSC and had already initiated the process. Pakistan always remained ready to comply with the UNSC resolutions and recalled writing letters to the UNSC secretary general, updating him about the brutalities going on in the Indian Occupied Jammu and Kashmir (IOJ&K), he added.

He also mentioned sending letters to the Organisation of Islamic Cooperation (OIC), highlighting atrocities of Indian occupational forces against innocent Kashmiris. The FM highlighted that the people of Kashmir did not accept India‚Äôs August 5 illegal annexation of the valley as the government continued its illegal search operations even during the coronavirus pandemic.

Also, the controversial Citizenship Amendment Act of the Indian Constitution has targeted the minorities, particularly the Muslims, he added.

The foreign minister asked India to ‚Äúhave guts to allow him‚Äù an open debate in IOJ&K and see itself the clear picture of Kashmiris‚Äô support to Pakistan.

‚ÄúMajority of India‚Äôs neighbouring countries, including Pakistan, China, Nepal, Bangladesh and Sri Lanka are not safe from its nefarious and hegemonic designs,‚Äù Qureshi said.

He also said that India locked horns with China on Laddakh, named Begalis as ‚Äútermites‚Äù and meted out a negative treatment to Sri Lanka and Nepal. ‚ÄúIndia has made dysfunctional the platform of South Asian Association for Regional Cooperation and also upset the entire neigbourhood with its inept attitude,‚Äù he said, adding that New Delhi‚Äôs belligerence had put the regional stability and peace at stake.

Meanwhile, reacting to Indian defence minister‚Äôs comments, he said that it was a misconception that Kashmiris stood with New Delhi.

Rajnath Singh, through a video address to ‚ÄúJammu Jan Samvad rally‚Äù on Sunday, had made remarks about the situation in IOJ&K and Azad Jammu and Kashmir.

The foreign minister said that Kashmiris despised the Indian government for its policies and now more than ever.

‚ÄúIf he [Indian defence minister] thinks that Kashmiris are with him, then I invite him to come to Muzaffarabad, come there and see how many Kashmiris agree with him,‚Äù Qureshi was quoted as saying in a statement.

The Indian minister should invite Pakistani officials to Srinagar to see the true picture, it reads. He added the Modi-led regime was suffering from ‚Äúmisunderstanding,‚Äù thus, things will become clear-out after seeking the opinions of Kashmiris on the matter.