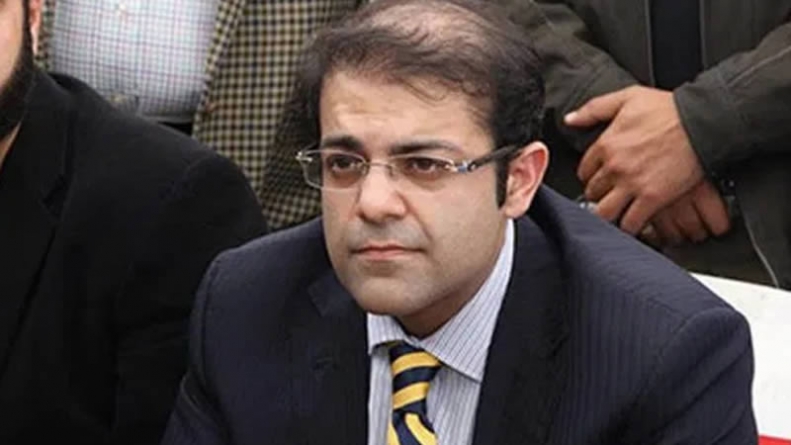 The National Accountability Bureau (NAB) has decided to seek the help of Interpol (International Police) to bring back Suleman Shahbaz, the son of Pakistan Muslim League-Nawaz (PML-N) president and Leader of the Opposition in the National Assembly Shahbaz Sharif, from the United Kingdom as he has been declared a proclaimed offender in a money laundering case against the Sharif family.

A spokesman for NAB said in a brief statement here on Sunday that an accountability court in Lahore had already issued non-bailable arrest warrants for Suleman Shahbaz. He said the anti-graft watchdog had also decided to request the UK’s National Crime Agency to provide all possible assistance in deportation of Suleman Shahbaz from London as per law.

In October last year, accountability court judge Ameer Mohammad Khan had declared Suleman Shahbaz a proclaimed offender and issued his fresh non-bailable warrants on NAB’s request after the bureau informed the court that all of Suleman’s properties had already been seized as per the court’s earlier order.

During the hearing, Advocate Hafiz Asadullah Awan had, on behalf of NAB, contended that Suleman had not appeared before the accountability watchdog despite issuance of six call-up notices. He said Suleman had fled the country [to avoid NAB proceedings against him].

Submitting details of Suleman’s properties, NAB informed the court that the bureau had seized the suspect’s shares amounting to Rs2 billion in 16 companies.

According to a NAB report, it also seized cash worth Rs4.1 million held in three bank accounts as well as $4,000 in two different bank accounts of Suleman Shahbaz. Besides, NAB also seized 10 marlas agricultural land and pieces of land spreading over 209 kanals owned by Suleman.

NAB alleged that assets worth Rs3.3 billion had been identified so far as illegally accumulated by Suleman, his brother Hamza Shahbaz and their father Shahbaz Sharif. It said the whole family committed massive money laundering in the name of foreign remittances and loans.

In 2018, Suleman had appeared before NAB Lahore regarding the provision of record of his family’s property. However, he later skipped several hearings of NAB and left the country.

Speaking at a news conference last month, Minister for Information and Broadcasting Shibli Faraz had accused Suleman Shahbaz of being the central figure in the mega sugar scandal and announced that action against him would be taken in the coming days. The minister had alleged that the Sharif family was the patron of the sugar mafia in the country.

“When Shahid Khaqan Abbasi had accidentally become the prime minister, he proved his worth as a loyal and faithful party member by facilitating Suleman Shahbaz,” he added.

Using slang, the minister said Suleman Shahbaz had become “sugar daddy”. “Only to please his sugar daddy, Shahid Khaqan Abbasi provided huge subsidies to sugar exporters,” he said, adding that the decisions were taken not in the interests of the nation, but for the benefit of a few people only.

Reacting to NAB’s announcement, PML-N information secretary and MNA Marriyum Aurangzeb said the truth of the “NAB-Niazi alliance” was no secret anymore and it was truth known within and outside Pakistan.

Talking to Dawn, Ms Aurangzeb said the PML-N, its leadership and the Sharif family had braved the world’s “worst political victimisation” by the “NAB-Niazi alliance” with resilience and had answered every question asked by this “vengeful tag team” with bravery, transparency and evidence.

“The truth, however, is that despite rigorous witch-hunt and non-stop persecution and a barrage of accusations for over two years, the NAB-Niazi alliance has not been able to file a single reference against Shahbaz Sharif, Hamza Shahbaz and Suleman Shahbaz,” she said.

Ms Aurangzeb said that whenever courts asked for proof, NAB always ran away and could not prove any corruption accusation worth even a dime. “Where are the actual file and proofs of the case of money laundering being alleged against Suleman Shahbaz? The same practice was adopted against Ishaq Dar and in the end the government had to bite dust and got nothing but embarrassed and shame,” she added.

These cases against the opposition parties, she said, were unilateral, illegal and contrary to the letter and spirit of justice. “This NAB-Niazi alliance by becoming an institution of political victimisation has shaken the very foundation of democratic system and national economy,” she alleged.