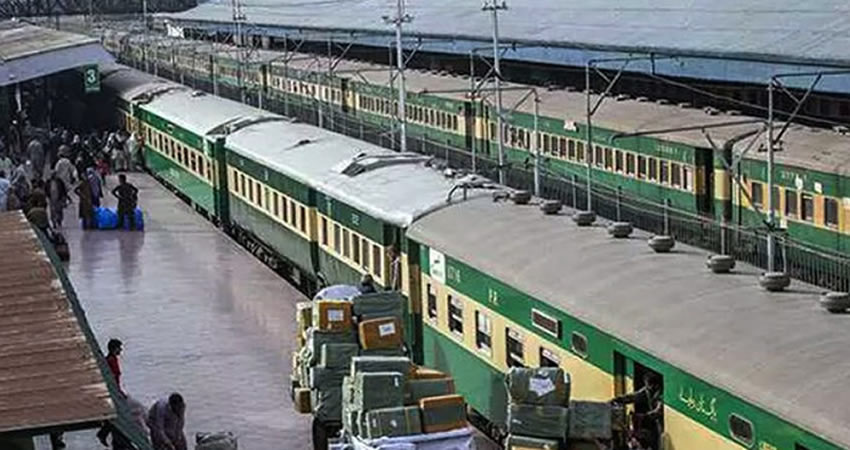 Federal Minister for Railways Sheikh Rashid has said that train operation would only be restored after the countrywide lockdown which has been extended until May 9 ends.

As the number of coronavirus cases spiked sharply, the government on Friday extended the lockdown until the middle of Ramazan while cautioning the nation that the anti-virus fight had entered a decisive phase that would set the future course of action regarding the restrictions.

Federal Minister for Planning and Development Asad Umar briefed the media about the decisions taken by the Centre and provinces at a meeting held at the National Command and Operation Centre (NCOC).
He said the second extension in the lockdown was made with consensus though some provinces were demanding longer and some shorter extension in lockdown.

“But it was a consensus decision in the meeting [attended by the prime minister and four chief ministers and officials] that lockdown should be extended till May 9,” said Umar, who heads the NCOC.

On March 25, Pakistan Railways had suspended the operation of all its passenger trains in view of the fast-spreading coronavirus outbreak.

Rashid had said that railway stations and train coaches would be disinfected so that they could be made ready for resumption of train service.

Addressing a news conference at the Pakistan Railways Headquarters in Lahore on Saturday, the he observed the railways was bearing a loss of Rs5 billion per month due to coronavirus pandemic.

Commenting on the preemptive measures taken to stem the spread of coronavirus, he said that thermal gates to scan the people for Covid-19 had reached from China, while 50 thermal gates had been manufactured in the Pakistan Railways.

He requested the authorities concerned to raise the grade of each railways’ employee in the upcoming budget and urged them to approve Rs 12,000 for each lower grade staff member from Ehsaas Emergency Cash Programme.

The minister cancelled the scheduled Iftar dinner at Mayo Gardens in the wake of coronavirus pandemic.

Responding to a question, Rashid maintained the investigation reports on sugar and flour scam would have never been made public if Imran Khan was not premier of the country.

“It is very clear that the prime minister will not spare any culprit,” he said.

To another question, he declared that Pakistan Muslim League-Nawaz (PML-N) President leader Shehbaz Sharif knew he would be taken to task for his deeds and advised him to behave in a responsible manner.

“His plan got failed, so, he should now work on how he could save himself,” he said.

Rashid said that Pakistan Peoples Party (PPP) Co-Chairperson Asif Zardari was a clever person and he knew how to protect himself.