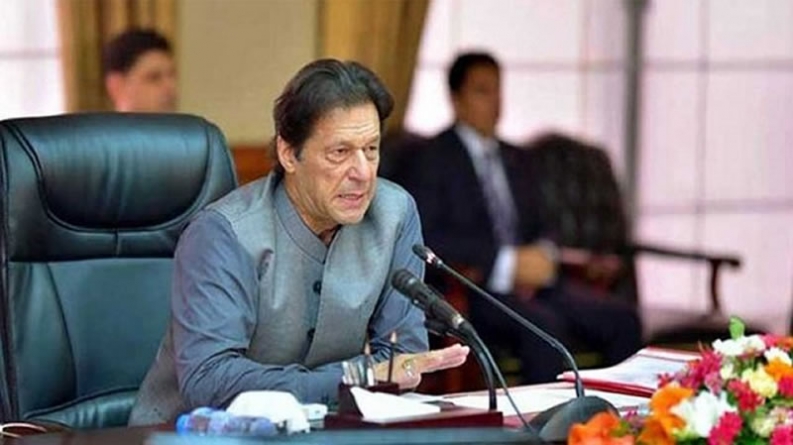 The federal government on Tuesday ordered Rangers to ensure that the National Coordination Committee’s (NCC) decision to lift ban on the movement of goods transport was implemented in Sindh, as the Centre and the provincial government remain at loggerheads over the issue amid the coronavirus outbreak.

“The prime minister has expressed his displeasure in strong words over the fact that despite the NCC’s decision to keep transport lines open for essential goods in all four provinces, Gilgit-Baltistan and Azad Jammu and Kashmir, the Sindh government has not implemented the decision,” Special Assistant to the PM on Information Dr Firdous Ashiq Awan said at a news conference after a meeting of the federal cabinet.

“The cabinet was told that unfortunately [the NCC] decisions were not implemented in their true spirit in Sindh,” she added.

The PM’s aide said all imports and exports took place at the port in Sindh and exporters are facing several challenges because of the administrative measures, lockdown and ban on goods transport in the province.

“The prime minister has directed Rangers to immediately remove all hindrances so that the supply chain is not affected.”

The special assistant further said the federal cabinet had reviewed and approved an economic stimulus package worth Rs1.2 trillion announced earlier by the premier.

“The prime minister has shared his plan of action against COVID-19 with cabinet members saying that his number one agenda was to save economy from the negative impact of the pandemic.”

The PM’s aide said the cabinet while discussing the country’s measures to deal with the expected economic fallout because of the viral outbreak had formally approved the relief package.

“The prime minister and the cabinet reiterated that the government has to save people from the pandemic and also ensure that their fundamental rights were not affected because of hunger and unemployment.”

During the cabinet meeting, she added, “white elephants” like the Pakistan Railways and the Pakistan International Airlines were given deadlines to complete their reforms as the country was passing through a period of emergency and there was a dire need to reduce the burden on the national exchequer.

The ministries have also been directed to share all the information on their official websites as it would not only enhance transparency but ensure people had access to the information as per the right to information law.

The PM’s aide said the cabinet had approved the issuance of domestic Sukuk bonds. “The bond has been issued 19 times previously,” she added.

“The issuance of Sukuk bonds is an important and positive step for the promotion of Islamic banking. The bonds will be issued for three years and a growth in Islamic banking can be expected.”

The special assistant said the bonds would not only help in addressing liquidity issues but with a Shariah-compliant return and a Rs700 billion target, the government would be able to develop an action plan to aid the economy.

Before conclusion of the news conference, the PM’s aide lashed out at PML-N President Shehbaz Sharif, the leader of the opposition in the National Assembly, saying that he should quarantine his “coronavirus-infected mindset” instead of doing nothing but criticise the government.

“Rather than sitting in his five-star office, wearing a mask and lecturing the government, he should have been seen among the people doing something,” she said. “These problems won’t be solved with lip service alone.”

Inviting the PML-N president to donate generously to the PM’s coronavirus relief fund, Firdous said the premier and his government were aware of their responsibilities and this was not the time for politics.

She said the prime minister was holding meetings on a daily basis and trying his best to protect the people from coronavirus as well as starvation.

The special assistant said PM Imran was informed during the meeting that coronavirus patients were being treated as “untouchables”.

“The prime minister has expressed his extreme displeasure over such treatment,” she added.

“Law enforcement agencies or hospital security officials mistreating coronavirus patients have strictly been told to not only treat them properly but refrain from forcibly pushing patients into quarantine.”

Firdous said the authorities had been directed to stop treating patients like criminals. “Patients should be treated respectfully and their admission to a quarantine facility should be decided after consulting their families.”

Separately, Planning and Development Minister Asad Umar while addressing a news conference after the meeting stressed the importance of striking a balance between curbing the spread of coronavirus infections and keeping the economy running.

“If there’s isn’t a lockdown, the virus will spread quickly and people will become jobless after falling sick but at the same time if very strict restrictions are imposed, people will starve and come out on the streets and out efforts to stem the spread of the disease will fail,” he said.

The minister said representatives from all departments involved in the efforts against the viral outbreak and all provinces have been included in the National Command Centre.

He requested that coronavirus patients should not be treated like “criminals” as that would lead to people becoming reluctant to reports their symptoms.

Health Minister Dr Zafar Mirza, who was accompanying Umar, said it was disappointing to see that virus patients were being mistreated.

Speaking on the occasion, Federal Minister for Economic Affairs Hammad Azhar said it was necessary that industries producing of essential items kept running.

He added that the federal government had prepared lists of retailers, manufacturers and industries that produced these items and sent them to the provinces.