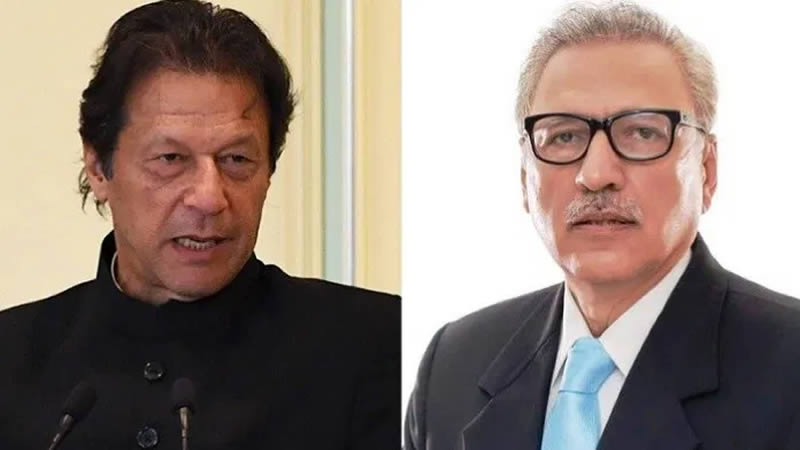 The nation on Wednesday observed Kashmir Solidarity Day, to express support for the Kashmiri people in their struggle for the right to self-determination under the United Nations resolutions.

In August 2019, India revoked the special status of occupied Kashmir and put the country on lockdown – oppressing the lives of thousands of innocent civilians for over six months.

The president further reiterated that Pakistan will continue to raise the issue of the occupied region at every forum, adding that the international community has rejected India’s human rights violation and the Bharatiya Janata Party (BJP) government stands exposed.

“India’s illegal actions of August 5 have further strengthened the bond between the people of Indian occupied Jammu & Kashmir and Pakistan,” he said.

PM Imran stated that by revoking the special status of the occupied region and deploying over 900,000 troops, India has turned eight million Kashmiris into prisoners in their own homeland.

He further demanded the immediate lifting of the curfew and to release the tens of thousands of innocent people who have been abducted and detained at undisclosed locations.

“India stands before the world, exposed as a majoritarian and authoritarian polity, tramping upon the basic rights and freedoms of the Kashmiri people,” the prime minister said.

He urged the Indian government to allow international human rights organisations and the international media, access in the occupied region to accurately assess the situation.

Army Chief General Qamar Javed Bajwa said the people of Kashmir are not alone in their struggle, against Indian armed forces.

The army chief said millions of Kashmiris have been imprisoned and India has suppressed the rights of innocent civilians.

He said Kashmir strives to gain its independence in light of the UN resolution and lauded the sacrifices of the armed forces, who are responsible for keeping Kashmir alive.

Foreign Minister Shah Mahmood Qureshi also demanded that the international community do more in order to support the oppressed people of Kashmir.

He urged India to allow the United Nations Fact-Finding Mission access to the region, in order to ascertain the reports of the gross human rights violation, despite India’s biased reporting.

“Each additional second on the lockdown clock is a burden on the world’s collective conscience,” the foreign minister said.

The government has planned a number of activities to mark the day.

First, a memorandum will be presented to the UN resident coordinator in Pakistan. parliamentarians, female anchorpersons, and women and children will form a human chain and walk towards Serena Hotel to present the memorandum.

The premier will also address the AJK Legislative Assembly in Muzaffarabad to express Pakistan’s solidarity with the people of the occupied region.