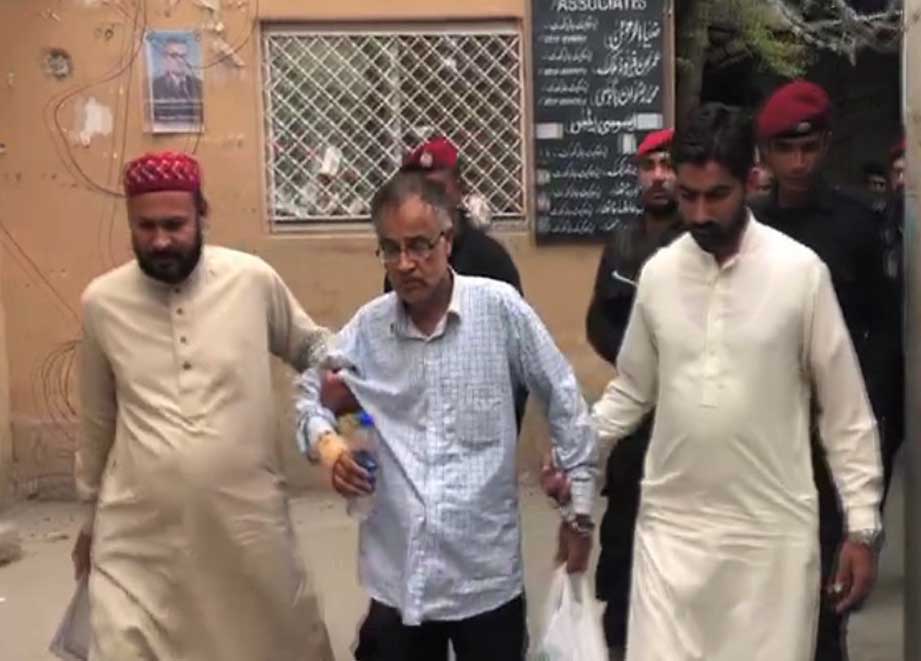 A court on Wednesday granted the Federal Investigation Agency (FIA) a two-day physical remand of Mian Tariq Mehmood, an alleged prime suspect who had fraudulently captured video(s) of accountability court judge Arshad Malik and has been accused of blackmailing ‘influential personalities.’

The FIA’s cyber wing had lodged a case against him for violating the Cyber Crime Act. He was presented before civil judge Shaista Kundi. Yesterday, a three-member bench of the Supreme Court (SC), headed by Chief Justice of Pakistan (CJP) Asif Saeed Khosa, conducted hearing of petitions to probe the alleged video scandal of former accountability court judge Arshad Malik and adjourned hearing of the case till July 23 following recommendations of the attorney general.

During the hearing, the plaintiff’s lawyer completed his arguments and suggested to form neutral inquiry committee to investigate the matter over which, the CJP said that the court would do whatever it finds suitable. The government has also an authority to constitute the commission, he told.

Justice Khosa said that the judge should not have been blackmailed over the video scandal, adding that irresponsible statements were the tragedy of our society as they badly disappoint people. He further hinted at transferring Arshad Malik to Punjab.

On the other hand, Minister for Law Dr Farogh Naseem had told that senior judge Arshad Malik was barred from working as accountability judge. He told the judge had said that he was not pressurised by anyone to deliver verdict against Nawaz Sharif in Al-Azizia reference and that he should have not acquitted the ex-PM in one case and sentenced him in another case if he was pressurised.