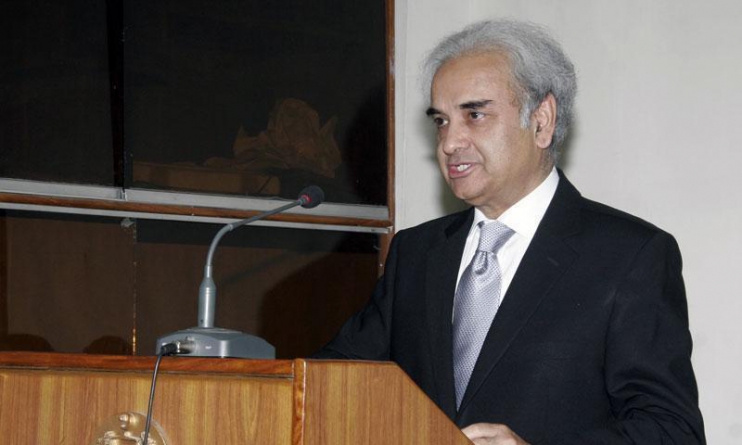 Former chief justice Nasirul Mulk was announced as the caretaker prime minister on Monday during a joint press conference held by Prime Minister Shahid Khaqan Abbasi and Opposition Leader Khursheed Shah. It took the government and the opposition six meetings to decide on a name for the coveted position. “Today is a day of great importance in the democratic run of the country. We have agreed on an individual for the position,” said the premier during the press conference.

“We have come to this decision six weeks later, and we had to discuss the nominations with our parties as well,” he added. “The individual’s history is impeccable and contribution has been outstanding.” Speaker Ayaz Sadiq and Marriyum Aurangzeb were also present during the press conference.

In interactions with journalists in recent days, Shah hinted at getting elevated a “female PM”, giving rise to speculations that Lodhi’s name may have been agreed upon. Another female candidate whose name is under consideration is former governor of the State Bank of Pakistan (SBP) Shamshad Akhtar, the possibility of whose elevation cannot be ruled out either. Since April 11, when Abbasi and Shah formally met for the first time to discuss the caretaker premier’s appointment, a number of names have remained under review. These include former federal minister Abdul Razak Dawood, former CJPs Nasirul Mulk and Mian Shakirullah Jan, former Supreme Court judge Nasir Aslam Zahid and former caretaker PM Mir Hazar Khan Khoso.