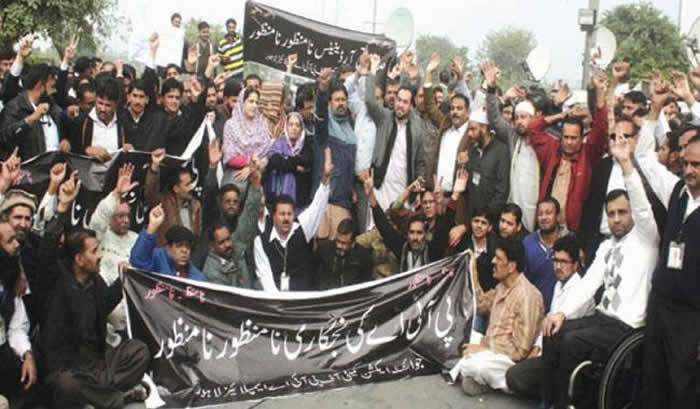 In a bid to put things under control and ensure continuity of Pakistan International Airline’s (PIA) flight operations,

According to a statement from the PM’s office, the Prime Minister approved the summary of the Aviation Division. According to sources, the above decision was taken with aim to suspend the right of PIA’s employees to go on a strike. Now, anyone who remains absent from duty will face termination from service. On the other hand, the Joint Action Committee (PAC) of PIA sticks to its call for strike and at the same ready to engage in talks with the government to resolve the impasse.

Earlier, Captain Sohail Baloch while talking to media persons said no plane of the national carrier will leave go air-borne tomorrow. The JAC’s protest sit-in entered seventh day today and warned of shutting down the flight operations from 7 AM Tuesday. Sohail Baloch said the protesters are ready to face action taken by the government.

Nepra fines power company for delays in submission of data

Nepra fines power company for delays in submission of data