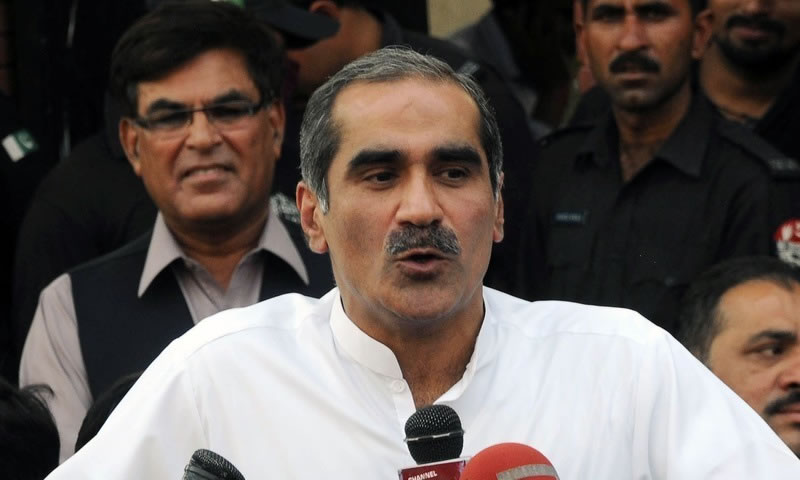 ISLAMABAD: The Supreme Court on Monday suspended the decision of an election tribunal which ordered re-election in Lahore’s NA-125 and PP-155 constituencies.


Last week, the tribunal had found irregularities in NA-125 and PP-155 after which the Election Commission of Pakistan (ECP) had denotified the Railways Minister Khawaja Saad Rafique. The tribunal had annulled results of the NA-125 election and ordered a re-poll on the seat won by Rafique as well as PP-155.

However, today a three-member bench of the apex court headed by Justice Anwar Zaheer Jamali suspended the tribunal’s order when hearing a response to a petition submitted by Khawaja Saad Rafique who was declared victorious during the 2013 general elections from NA-125 constituency.

In his plea, the Pakistan Muslim League – Nawaz (PML-N) leader contended that the election tribunal’s decision did not explicitly state that he was involved in rigging. In its short order, the tribunal had said grave irregularities were found in the record of seven polling stations of NA-125 inspected by the National Database and Registration Authority (Nadra).

The court summoned all election records from the tribunal and adjourned the hearing for four weeks. “We will fight the case on merit and we are certain we will get justice,” said Rafique while speaking to media representatives after the hearing. “It was highly painful for me to be accused of dishonesty.”

“I am hopeful that if we have not done anything wrong, then the truth will become evident,” the PML-N leader further said. – Dawn