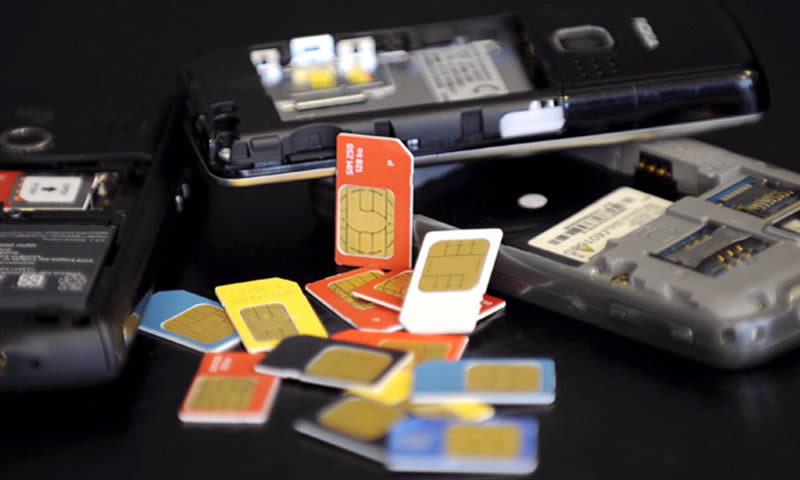 More than two million SIMs have been blocked across the country under a campaign launched by the government for authentication of details of mobile phone subscribers.

National Assembly’s Standing Committee on Information Technology and Telecommunication which met here on Wednesday was informed that a joint working group formed by the Ministry of Interior had been working on the process since Jan 12 last year. The group comprises members from the Ministry of Interior, Ministry of Information Technology, Nadra, Federal Investigation Authority, Intelligence Bureau, mobile phone operators and PTA. Since the exercise began on Jan 12 this year, PTA has re-verified 8.72 million connections. The three-month period to verify mobile phone connections through the BVS expires on April 13. “Three months is not realistic time for such an uphill task but such are the directions from the Ministry of Interior,” PTA Chairman Dr Ismail Shah told the standing committee. According to earlier schedule, the job was to be completed in a year. “But it is now necessary after the terror incident in a public school in Peshawar on Dec 16, 2014,” Dr Shah said.

SIMs not verified within the 91 days, would be blocked, the PTA chairman said, adding that “hopefully subscribers will personally visit customer service centres of mobile companies for authentication of their connections through biometric verification system within these 91 days”. The members did not agree to a proposal that subscribers be charged for re-verification of their SIMs. They said that mobile phone companies, which were minting money through increases in tele-density, should bear the cost. The members complained to Minister of State for Information Technology Anusha Rehman that mobile companies were charging subscribers whatever they liked for the work. “Some cellular companies are charging Rs50 and one company is charging Rs100 instead of the Rs10 that has been set by the government for re-verification,” said retired Major Tahir Iqbal. The PTA chairman defended the mobile companies and said that they would suffer significant losses by blocking unverified SIMs and that they had spent money on installing the verification system.

“The operators have already spent Rs3 billion on installing more than 70,000 machines to introduce BVS following government directions. These expenses are besides the Rs20 per verification cost that the operators have to pay to Nadra,” said Dr Ismail Shah. But, Sardar Awais Ahmad Khan Leghari and Anusha Rehman did not agree that the verification system would cause losses to mobile companies. Under a system introduced in January 2009, subscribers had to respond to two ‘confidential’ questions — mother’s name and place of birth — for activation of SIMs. The roughly Rs2.5 billion system worked fine till January 2013, when voters list was made public for that year’s elections. The list included answers to the confidential questions and resulted in SIM activation through identity theft. Between 2009 and 2014 another system of Cleaning of Old Subscribers Data was introduced in which owners of connections were requested to own SIMs in use and disown inactive pre-January 2009 SIMs through short message service (SMS). The move helped in correction of data.