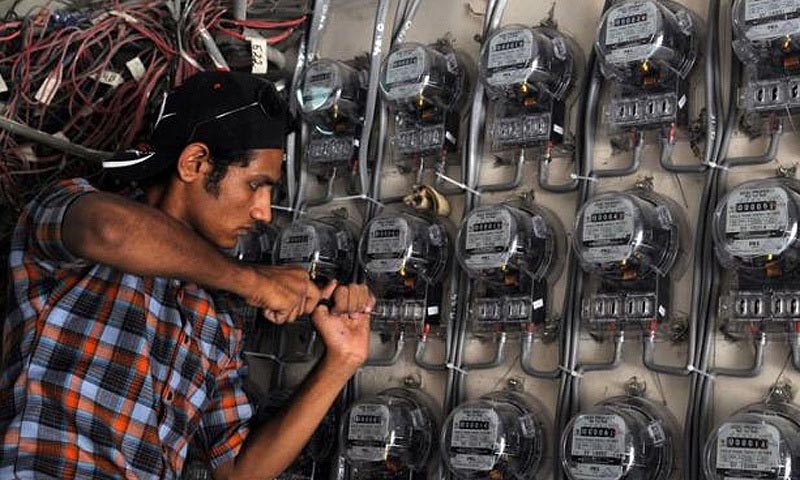 The government has approved inclusion in consumer tariff of three surcharges, worth Rs2.4 per unit, and additional cost incurred on account of transmission and distribution losses, thereby placing an extra burden of Rs75 billion on the users per year.

The decision taken at a meeting of the Economic Coordination Committee (ECC) of the cabinet on Saturday was aimed at delivering on the commitments made to the International Monetary Fund (IMF), an official said on Sunday. However, the decision was not officially announced. According to the official, the ECC decided that policy guidelines would be issued to the National Electric Power Regulatory Authority (Nepra) regarding the additional cost incurred due to transmission and distribution losses (system losses) by public sector companies. Nepra, which about two years ago used to allow inclusion in the tariff of a quantum of 18 per cent on account of system losses, now allows 13.5pc of such losses, thus reducing the burden on the users. The regulator made this change in line with predetermined targets. Last year the government asked Nepra to allow 18pc system losses instead of 13.5pc, which meant a difference of about Rs30bn a year. Nepra, however, declined to oblige and said it could not overturn its own calculations made after due process unless any fresh information or data was brought up for consideration.

(The system losses of 1pc translate into about Rs6bn.) The regulator added that its rules and regulations and decisions of the Supreme Court did not allow it to pass on to consumers the additional costs arising out of continuous failure of power companies and the government to curtail inefficiencies. The government had, however, made a commitment to the IMF that the full cost of electricity (including additional cost due to theft, line losses, non-recovery of receivables and financing of circular debt) would be recovered from the consumers. Therefore, it has decided to issue policy guidelines to Nepra under Section 31 of the Nepra Act. Under the law, Nepra is bound to follow policy guidelines issued directly by the federal cabinet or the ECC. The policy guidelines require Nepra to pass on the cost incurred due to system losses as may be determined by a private audit and accounting firm through a study. Interestingly, Nepra has been exercising these powers to determine prudent system losses and its inclusion in the consumer tariff since its inception in 1997.

The official said the government had already imposed three surcharges over the past three months but without a sanction from a legally competent forum, raising fears in some quarters that these could be struck down by courts if challenged by any affected consumer. The government’s legal minds had pointed out that the ECC should approve these ‘equalisation’ surcharges that would automatically be endorsed by the federal cabinet to provide legal cover to the billions of rupees in additional revenue. The surcharges were imposed on Oct 3 last year (30 paisa per unit), followed by Rs1.5 per unit on Nov 3 and then 60 paisa per unit on Dec 3. The government had committed to the IMF that if oil prices declined in the international market it would increase the tariff by 61 paisa per unit through equalisation and debt servicing surcharges in November last year, followed by 63 paisa in December, 42 paisa this month and finally 21 paisa in February so that consumers did not feel the burden.

The IMF was told that overdue (over 45 days) payables that stood at Rs196bn at the end of September last year were projected to be Rs237bn at the end of March, Rs283bn by the end of fiscal year 2014-15 and Rs372bn by September unless these surcharges were imposed. The lending agency was also told that based on 89pc bill collection rate and 18.6pc system losses, the debt servicing surcharge would be adjusted upwards or downwards depending on the timing of tariff notification to ensure that the annual debt service will be fully financed within the fiscal year. Any excess amount will be borne by the government and remaining amount will be held by the government and utilised for debt service. In both cases, the excess or deficit will be remedied as a prior year adjustment in the next notification, a written agreement has revealed.