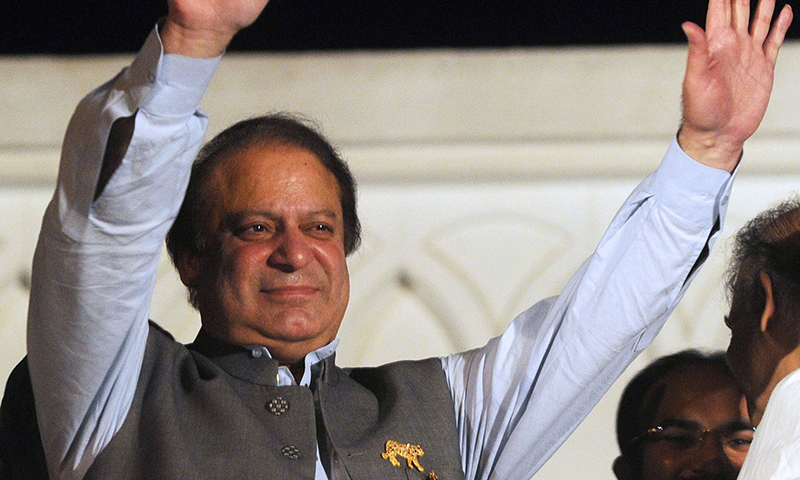 The Supreme Court on Tuesday dismissed all petitions seeking the disqualification of Prime Minister Nawaz Sharif.

Advocate Gauhar Nawaz and Pakistan Tehreek-i-Insaf (PTI) leader Ishaq Khakwani which stated that PM Nawaz had lied on the floor of the National Assembly on the issue of arbitration by the army. Nawaz had told the parliament that it was Pakistan Awami Tehreek (PAT) chief Dr Tahirul Qadri and Pakistan Tehreek-i-Insaf (PTI) chairman Imran Khan who had requested a meeting with Army Chief General Raheel Sharif in order to broker a settlement with the government over the political crisis in the country. Nawaz had said he gave permission for the army chief to engage the two leaders and play the role of a mediator.

However, Imran and Qadri had categorically rejected the premier’s statement that they had invoked the army’s help, and had slammed the premier for ‘lying to the nation’. The military had later issued a short statement saying that it was playing the role of facilitator in the ongoing political crisis at the behest of the government. A seven-member larger bench of the apex court, headed by Chief Justice Nasirul Mulk, was hearing the case today. During the hearing, counsel for Chaudhry Shujaat and Ishaq Khakwani Irfan Qadir contended that PM Nawaz’s statement in the Parliament had been denied by the Chief of Army Staff (COAS).

The premier’s speech in Parliament was also read out in the court. The bench observed that the premier had not made a direct reference to the army and had only endorsed the opinion of Interior Minister Chaudhry Nisar Ali Khan. The bench noted that Director General Inter Services Public Relations (ISPR) Major Asim Bajwa had not explicitly mentioned the premier’s name in his tweet and had referred to the government asking the army to play a facilitative role for resolution of the political crisis in the country. -dawn