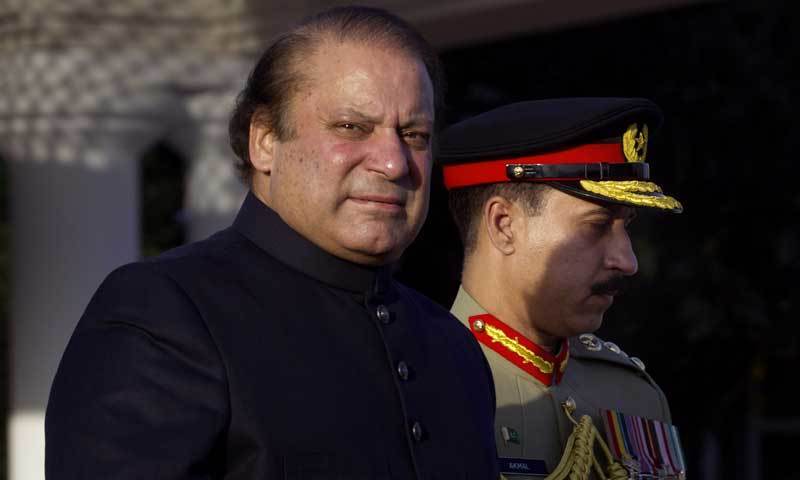 The government on Monday decided to resume dialogue with the Pakistan Tehreek-i-Insaf (PTI). Official sources told media that Prime Minister Nawaz Sharif took the decision after his meeting with the Leader of Opposition in the National Assembly Syed Khurshid Shah.

After the government’s announcement of resuming talks with the PTI, a formal contact with the party was expected to be established soon. Earlier today, Leader of the Opposition in the National Assembly Syed Khurshid Shah said Information Minister Pervez Rashid’s statement that the government would not hold talks with PTI was disappointing. It was necessary for the PML-N led government to hold talks with PTI, the Pakistan Peoples Party leader said, adding that in the other case, the government risked weakening its own standing. The government had ruled out on Sunday the possibility of resuming dialogue with PTI, after its chairman Imran Khan said he would shut down major cities, and then the whole country, later this month.

Addressing a crowd of thousands assembled at D-Chowk, the PTI chief had unveiled his party’s ‘Plan C’ to put pressure on the ruling government. “On Thursday (Dec 4), I will go to Lahore and shut it down. On Dec 8 I will shut down Faisalabad; on Dec 12, I will go to Karachi and shut it down. By Dec 16, I will close down all of Pakistan,” Imran had said. Responding to the PTI chief’s ‘Plan C’, Information Minister Pervez Rashid had said the government would not resume talks until the PTI chief gave up what he called “the politics of turmoil”. “We cannot sit down to talk to someone who is working on a foreign agenda to destabilise the country.

We will talk to somebody who is loyal and patriotic,” he said. “Imran Khan does not want any patients to go to hospital, no students to attend class and no factory or industry to run,” he said, adding that the government would foil Khan’s plan. “Youths, women and even the elderly will also come out of their homes and won’t allow PTI to forcibly close shops and shut down public transport during its protest,” he said. He said Imran Khan wanted to recreate the bitterness of the fall of Dhaka — seeing as he had chosen the anniversary of Pakistan’s defeat as the day that he would jam the machinery of the entire country. -dawn