Govt in Contact With Taliban to Get MPA Freed, PA Told 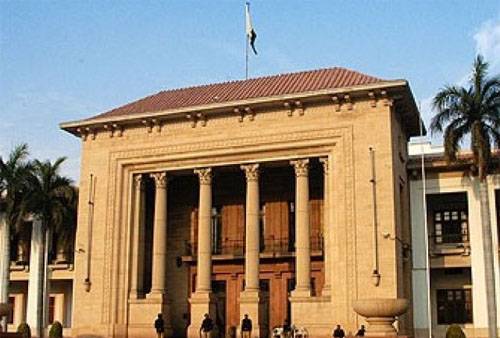 Govt in contact with Taliban to get MPA freed, PA told

The Punjab Assembly was informed on Thursday that kidnapped MPA Rana Jamil would be released by the Taliban soon as “direct” talks between the government and the banned outfit have taken place.

The House was further informed that the kidnapped legislator was in the custody of Taliban in Mohmand Agency while the provincial government was seriously pursuing the issue to get the issue resolved within next 10 to 15 days.

This was stated by Home Minister Col (r) Shuja Khanzada disclosed this while replying to a point of order raised by PML-Q member Sardar Vickas Hassan Mokal in which he asked the speaker to take the notice of eight-month kidnapping of a member of the House. The home minister said that he had personally talked to MPA Jamil and Taliban commander Ehsanullah Ehsan over the phone on Wednesday.  He said that the government was using several links like Jamaat-e-Islami Emir Sirajul Haq, JUI-F chief Maulana Fazlur Rehman and other religious figures, including Prof Ibrahim and Yousaf Shah, for the safe and early recovery of the MPA.[contentblock id=2 img=adsense.png]

Col (r) Khanzada said that the government was also making contacts across the border in Afghanistan to get the MPA freed. He said that Rana Jamil was kidnapped from motorway by a man named Essa Khan and that some of close relatives of the suspect, including father and brothers, have already been taken into custody to ensure the release of the MPA. The minister said that the kidnapper, after taking the MPA across the borders of Punjab, handed him over to Taliban commander Ehsanullah Ehsan and now he was detained in Mohmand Agency. The Thursday’s session began 50 minutes behind its scheduled time of 10:00 am with Speaker Rana Iqbal Khan in the chair.

During question hour, Parliamentary Secretary Chaudhry Muhammad Asadullah answered queries regarding Food Department. In absence of Food Minister Bilal Yasin, the parliamentary secretary put on a poor show.  Most of the members showed serious concerns over poor progress of the department and efficiency of its officials. They raised questions about distribution of “carrion” in markets and hotels, improper usage of Sugar Cess (funds) and storage of wheat. A treasury member, Sheikh Allaudin, tabled two adjournment motions relating to exorbitant earnings of banquet halls in the city and irregularities in admissions in medical colleges, including Nawaz Sharif Medical College, Gujrat. Sheikh Allaudin also raised the issue of appointment of what he called a “Dungar Doctor” (veterinary doctor) as chairman of the Pakistan Medical and Dental Council (PMDC).

The revelation came as a complete surprise to many, including the chair, and he immediately suggested the legislator to table an adjournment motion on the issue because, what the speaker observed, it was important to know who had appointed a “Dungar Doctor” to this slot. PML-Q’s Amir Sultan Cheema also tabled an adjournment motion on forced administration of banned medicines to sportswomen of Punjab University by officials concerned, which was creating genetic and other medical complications among students. Later, the House continued general debate on ‘democracy’ on fourth consecutive day during the current session in which Majid Zahoor, Mian Tariq, Muhammad Ghiyasuddin and Khalid Mehmood participated. All of them urged PTI Chairman Imran Khan to call off his sit-in also. The House will meet again today. -dailytimes