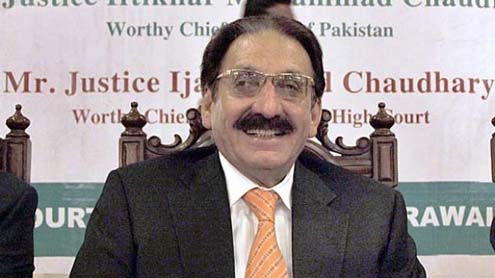 In his verdict on a petition filed by Advocate Sheikh Ahsanuddin, IHC Justice Shaukat Siddiqui said the former chief justice should be provided security on a par with former prime ministers.

In an earlier hearing on January 4, Siddiqui had said that adequate security should be put in place at Chaudhry’s residence. He had added that the bulletproof vehicle provided previously was ‘out-of-order’.

“Bulletproof vehicles from other government functionaries will also be taken back if the former CJP is not provided with a bulletproof car,” Justice Siddiqui had warned.

He had further observed that the government seemed vindictive towards the former CJP by not providing him enough security-.tribune