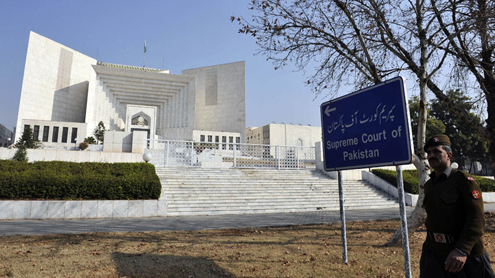 ISLAMABAD: The Supreme Court on Monday ruled that the Election Commission of Pakistan (ECP) could issue a new schedule for local government polls in Punjab and Sindh, DawnNews reported.

The court okayed the rescheduling as it took up the ECP’s petition for delay in local body polls today and subsequently adjourned the hearing to the second week of February.

After the hearing, Secretary ECP Ishtiaq Ahmed told reports that Sindh and Punjab have to amend their local government laws after which fresh delimitation would be carried out in the two provinces.

Ahmed added that a new schedule would only be issued after the rules in the two provinces were amended and delimitation was carried out anew.

Some political parties have also been struggling to meet various procedural deadlines for local government elections in the two provinces.

On Jan 8, the ECP had, for the third time, proposed new dates to hold local government elections — Feb 23 for Sindh and March 13 for Punjab. However, after today’s ruling, the proposed schedule may again undergo a reviewing process.

Initially, elections were to be held on Nov 27 in Sindh and Dec 7 in Punjab. The dates were extended with the permission of the apex court until Jan 18 in Sindh and Jan 30 in Punjab.

Balochistan conducted the elections on Dec 7 and the date for Khyber Pakhtunkhwa has not yet been decided.-Dawn