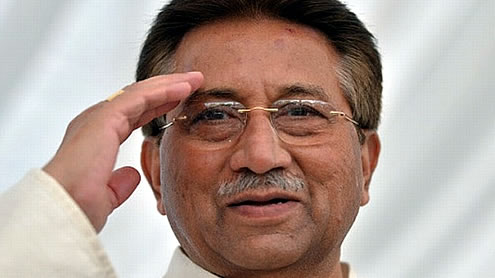 Islamabad: In a fresh setback to embattled former Pakistani military dictator Pervez Musharraf, a special court hearing the high treason case against him today ruled that criminal procedure code is applicable in the case.

Justice Faisal Arab, heading the three-member bench, ruled that criminal procedure code is applicable in the case. The court had on Wednesday reserved its verdict over the application of criminal laws in the case. Prosecutor Akram Sheikh had on Wednesday said the Supreme Court had already issued a ruling according to which all crimes under the Army Act fell within the domain of Pakistan’s penal code. He argued that the special court enjoyed all the powers of a High Court.

While presenting his arguments, 70-year-old Musharraf’s lawyer Anwar Mansoor said criminal code cannot be applied to it. The court on Thursday issued an order summoning Musharraf before it on 16 January after reviewing the medical report submitted by his counsel. The court said that Musharraf’s medical report did not mention that he had a heart attack and that he was not in a position to appear before it.

It also said Musharraf had been granted exemption from appearance in the court thrice earlier and added that the former president’s counsel had not submitted an application for his no-show today. Musharraf was rushed to a military hospital in Rawalpindi on 2 January after he suddenly developed a ‘heart complication’ while en route to attend the hearing of the case.

The former military strongman had also missed two earlier hearings in his case because of bomb threats, and there has been rampant speculation in the media that he would be evacuated from the country under medical pretense. – firstpost