by Top
in Business, Featured, Govt.
0 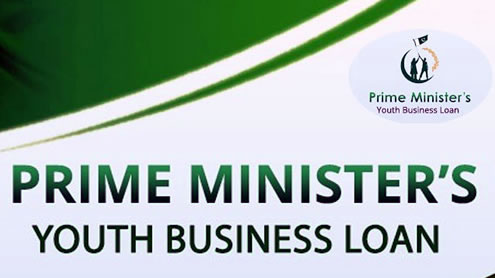 ISLAMABAD: The government has blamed the banks funding its signature youth development programme for the tough terms and conditions for loans.

Parliamentary secretary for finance and revenue Rana Mohammad Afzal Khan faced a barrage of complaints in the National Assembly on Wednesday from both sides of the aisle over what they said strict conditions attached to the loan scheme. Dr Mahreen Razaque Bhutto of the PPP and other lawmakers of the party had moved a call-attention notice on the matter seeking government’s reply.

On the face of it, she said, the scheme had been formulated to help poor and unemployed young people, but in fact it appeared to be for the rich class. “How would a poor applicant from a rural area manage a government officer in BS-15 or someone with net worth of 150pc more than the amount of loan being sought as a guarantor,” Ms Bhutto asked.

With these conditions, she said, one could only assume that the loan scheme was meant to benefit only a certain class. She read out a downloaded application form of the scheme and said it was clearly written in the form that the government at any given time could change the mark-up rate which at the moment had been set at eight per cent.

Imran Zafar Leghari, another PPP lawmaker and mover of the call-attention notice, said that youth and student loan schemes all over the world were not only interest-free, but also without the condition of a guarantor. The government would have to review the scheme if it was genuinely interested in taking the downtrodden out of the vicious cycle of poverty.

A women lawmaker belonging to JUI-F urged the government to make the scheme interest-free because it was un-Islamic and against Islamic teachings. “When people elect us they don’t seek any guarantee, then why we are asking them for guarantors,” she said. After listening to the complaints, parliamentary secretary Rana Afzal Khan said that since it was banks’ money the government had to address their concerns for safety of the investment. The government wants to nurture a new breed of entrepreneurs through this scheme so that only genuine applicants come forward and avail themselves of this opportunity.

About the condition of guarantor, Mr Afzal said that an applicant could also present documentary evidence of owing property worth 150pc of the loan sought. They will have to present some sort of a guarantee. In the past, he said, many such schemes, like the yellow cab scheme and the president’s Rozgar programme, had failed to produce results. Learning from the past experience, the government decided to give loan only to those who were interested in starting some business, he added. – Dawn