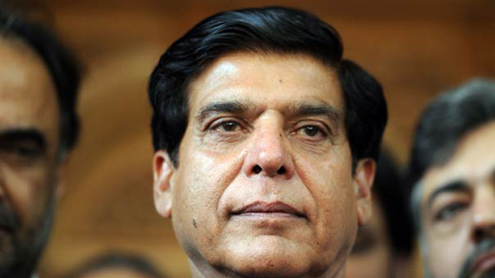 ISLAMABAD: The Supreme Court Thursday announced its verdict in the case pertaining to the distribution of development funds among parliamentarians by former prime minister Raja Pervez Ashraf, declaring the dispensation as illegal and ordered authorities to take appropriate action as per the law.

A three-member bench of the apex court, headed by Chief Justice Iftikhar Muhammad Chaudhry, announced its verdict which was reserved on July 22.

During the hearing, the bench remarked that the former premier had exceeded his authority and issued instructions for investigation of violation of Public Procurement Regulatory Authority (PPRA) rules.

The court also stated in its decision that developmental funds had been released illegally to favoured parliamentarians and other individuals, adding that irregularities were found in the implementation of the developmental schemes.

It furthermore instructed competent authorities to decide whether proceedings should be initiated against Asharf and others accused in the case or not and also to review the funds left with the caretaker setup.

A total of Rs42.486 billion had been released for development on the instructions of the former prime minister — Rs25bn more than his annual discretionary fund. – Dawn