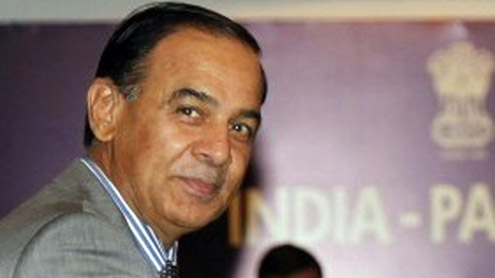 The National Accountability Bureau (NAB) has sought record of the National Industrial Company Limited (NICL) scam from the Federal Investigation Agency (FIA) to initiate investigation against its NAB chairman Qamar Zaman Chaudhry under the recent directives of the Supreme Court.

“We have written to the FIA to hand over the record of investigation into the scam,” NAB spokesman Ramzan Sajid told Dawn on Friday. It has been learnt that a recently formed joint investigation team (JIT) will investigate the alleged involvement of Mr Chaudhry in two separate cases relating to the NICL scam. However, it cannot proceed further unless it gets the entire record of the scandal from the FIA.

The JIT comprising four officials is headed by NAB’s Director General Operations Zahir Shah. Other members of the JIT included an investigation officer from NAB, a senior police official and a member from the Security Exchange Commission of Pakistan (SECP). Inside sources said that NAB investigators could interrogate their chairman when investigation would formally be initiated. According to the directives issues by the Supreme Court on Nov 22, the incumbent NAB chairman was allegedly involved in the illegal appointment of former chairman of NICL, Ayaz Khan Niazi, while working as an additional secretary in the commerce ministry.

Mr Chaudhry has also been accused of creating hindrance in the investigation of NICL scam by removing the head of the investigation team, Zafar Qureshi (an officer of Federal Investigation Agency), while serving as secretary interior. Following the issuance of directives by the apex court the NAB chairman went on leave for an indefinite period.

It was 43rd day of Mr Chaudhry as NAB chairman when directives against him were issued by the apex court. Before proceeding on leave the NAB chairman delegated his powers to his deputy, Saeed Ahmed Sargana. Some questions are arising here that how NAB will conduct a fair and impartial investigation against its own chairman and what would be the consequences if charges against Mr Chaudhry are found to be true. Responding to a query regarding impartiality of the investigation, the spokesman said: “The investigation report is required to be submitted to the Supreme Court and this is enough to ensure the transparency.”

“NAB will do its level best to satisfy questions arising in the case and start proceedings to implement the judgment of the apex court,” he said. However, a debate has started in the country that can NAB work without its chairman. It is also being discussed in different circles whether the NAB chairman can hold his office any more after he is being investigated by his own organisation. Mr Chaudhry was appointed on Oct 10 after a due constitution process. But soon after he assumed charge of his office his appointment was challenged in the Supreme Court by Pakistan Tehreek-i-Insaf. -Dwan