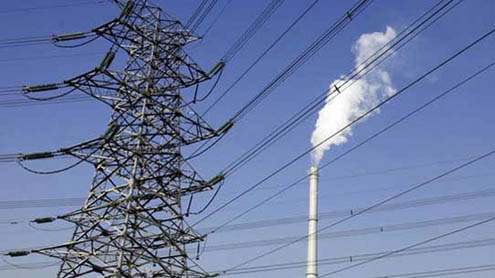 The National Electric Power Regulatory Authority (Nepra) increased on Thursday electricity tariff by 73 paisa per unit for distribution companies of Wapda to be paid by consumers from next month.

The increase was allowed under a monthly fuel adjustment formula under which actual variations in cost of power supply are transferred to consumers. The tariff increase because of high generation cost in October will not apply to consumers using less than 50 units per month or to those getting power from the Karachi Electric Supply Company and the Peshawar Electric Supply Company.

Approving the new rates at a public hearing, Nepra’s acting chairman Khawaja Mohammad Naeem said the increase had forced people to reduce consumption which led to almost no loadshedding these days. But he had no facts and figures to corroborate the claim.

Officials of the National Transmission and Dispatch Company (NTDC) said the demand had come down mainly because of winter and also owing to substantial hydropower generation. Some officials quietly remarked that the regulator should be ready to take the blame for loadshedding next month when hydropower generation would decline because of annual canal closure and diversion of gas to the domestic sector.

The Central Power Purchase Agency (CPPA) said at the hearing that Nepra had approved a reference fuel price of Rs7.49 per unit for October, but actual generation cost surged to Rs8.23 per unit. The CPPA sold 8.169 billion units of electricity costing of Rs67.28 billion, necessitating an increase in tariff by 73 paisa per unit. Nepra was informed that the generation cost of plants using coal stood at Rs3.61 per unit, of those using diesel at Rs22.15, furnace oil at Rs15.88 and gas at Rs5.07. The generation cost of hydropower plants was less than 10 paisa per unit.

The CPPA said transmission losses of the national grid stood at 3 per cent, which Nepra found to be quite high. The regulator also questioned generation of electricity by high speed diesel and wondered if all furnace oil-based capacity had been exhausted before utilising diesel-based plants. It directed the CPPA and the NTDC to provide five-year data of transmission losses and engage an independent auditor to verify the losses. Nepra said power authorities had engaged two companies for loss assessment but their reports were not bankable. Therefore, it added, a new independent consultant should be appointed and its assessment would be examined by Nepra through its in-house expertise. -Dawn