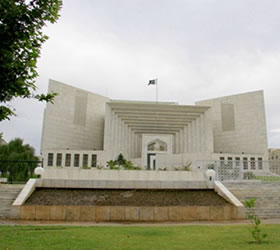 ISLAMABAD: Supreme Court granted the government request to change its counsel in NRO review case and allowed Latif Khosa to appear as the government counsel in the case.Chief Justice Iftikhar Chaudhry during hearing of the case on Wednesday asked Khosa to inform the court where the Swiss case money went. He said several parts of the NRO verdict l need into are implemented.The hearing of the case later adjourned for the first week of November. Chief Justice Iftikhar Chaudhry directed Khosa to confirm his licence from Pakistan Bar Council and submit his request to Registrar of the Supreme Court.Senator Khosa informed the court that he was named government lawyer last night. He said the Prime Minister has called the list of the beneficiaries of National Reconciliation Ordinance (NRO) – Sananews