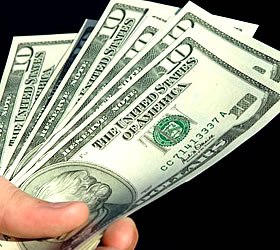 ISLAMABAD (October 06 2010): Pakistan’s privatisation is the most successful privatisation programme in South Asia, Central Asia and the Middle East, which has fetched over $9 billion, proceeds (Rs 476,421 million) through the privatisation of 167 State Owned Entities (SOEs). It was informed during a briefing to the faculty and the participating senior officers of National Management Course here on Tuesday.While giving the sartorial breakout Agha Waqar Javed Senior Advisor Privatisation Commission informed that 100 percent state owned enterprises in the chemical, textile, nitrogen fertiliser, cement, rice, roti and light engineering while 98 percent automobile industry, 96 percent ghee mills and 100 percent units of Phosphate fertiliser have been privatised. Banking industry privatised substantially due to which 80 percent of the banking sector was under private ownership, he said.Elucidating the salient features of the new initiatives he said that the government was endeavouring to enhance value of GOP share holding, maximisation of profits, modernisation and up-gradation of SOEs, explore and create new assets, management and technology transfer benefits, increase investments in SOEs by identifying business benchmarks and outputs, remedial measures and generation of employment, exercise Public Private Partnership(PPP) as a policy to conduct privatisation in the PPP mode for 26 percent of the equity stake along with transfer of management, set performance benchmarks/milestones and to safeguard Government interest through protective covenants.

In order to empower employees of State Owned Entities, for having their say in the Board of Directors of the respective entity and allocating 12 percent shares for the employees by establishing trusts. The Cabinet approved Benazir Employees Stock Option Scheme (BESOS). Under this scheme 12 percent of the government owned share holding in 78 SOEs is being given to employees free of cost while they are also entitled to get dividend accordingly. Shares/Unit Certificates are being distributed on the basis of length of service of employees. Government guaranteed buy back of these Unit on retirement on superannuation or medical ground, retrenchment by organisation or death.Briefing the delegates regarding the process, modes of privatisation and utilisation of privatisation proceeds. He also highlighted the need for privatising SOEs and stated that the failure of Public Sector reforms, poor performance, increasing infrastructure needs, fiscal constraints and signal to international investors were the main reasons. The Acting Secretary Privatisation Commission (PC) Shehzad Iqbal and senior officials of the PC were also present during the meeting. The briefing concluded with Question and Answer session – Brecorder