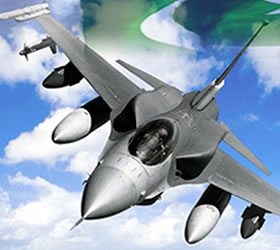 ISLAMABAD (Online) The Pakistan Air Force observed September 7 as Martyrs Day at all the PAF bases throughout the country.

The day started with special dua and Quran Khawani for the martyrs of 1965 and 1971 wars and those who died in wars since creation of Pakistan. -Nation

According to a press release issued here on Tuesday, a simple but impressive ceremony was also held at PAF Headquarters Islamabad, in which Air Chief Marshal Rao Qamar Suleman, Chief of the Air Staff, laid floral wreath and offered fateha at the Martyrs Monument. Principal staff officers and a large number of officers and Junior Commissioned Officers attended the ceremony.

In the morning, a PAF contingent led by Vice Air Marshal Arshad Quddus, Air Officer Commanding, Southern Air Command offered fateha and laid floral wreath on behalf of Chief of the Air Staff at the grave of Pilot Officer Rashid Minhas (Shaheed), Nishan-e-Haider. Floral wreaths were also laid on the graves of PAF martyrs throughout the country. -Nation