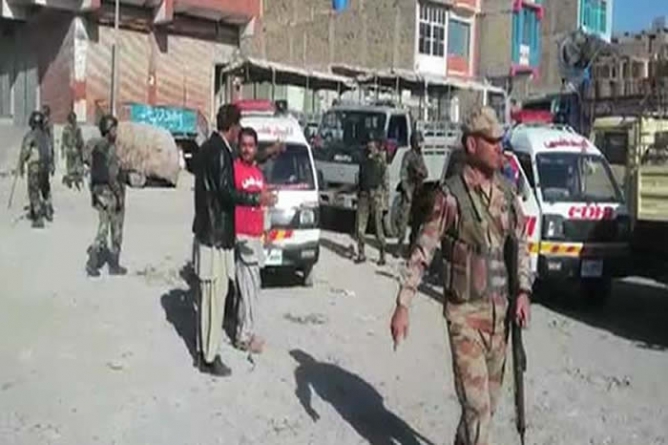 A remote-controlled bomb exploded near Hazarganji Sabzi Mandi in the southwestern city of Quetta on Monday morning, however, no loss of life has been reported in the incident.

The explosion took place near main gate when a police van was entering the market. The police vehilce was slightly damaged while windows of nearby building were shattered due to the blast. According to Bomb Disposal Squad (BDS) officials, one and a half kilograms of explosives were used in the remote-controlled bomb.

The incident occurred five days after a suicide bomber rammed a car into a police truck on the outskirts of the city of Quetta, killing five police officials and two passers-by. Twenty two others were injured in the incident.

The truck carrying the police officials was on its way to the city to drop them at their posts when the suicide bomber rammed into the vehicle. Balochistan, which borders Iran and Afghanistan, has oil and gas resources but is afflicted by militancy, sectarian violence and a separatist insurgency.